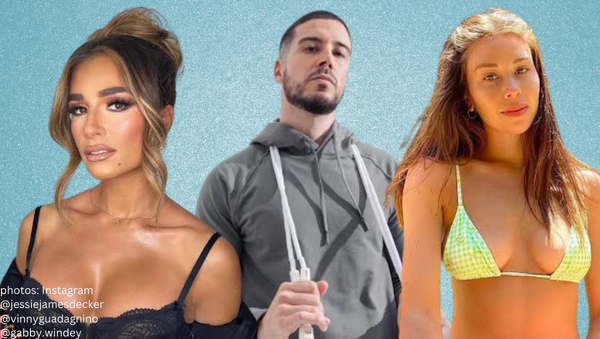 The former Bachelorette posted a mirror selfie donning a sequined, champagne-colored bra top with a white feathered skirt with the caption, “Still on tour!! Still have no idea what I’m doing!!”

The Jersey Shore star asked, “Still ??” before JJD prematurely announced the pair’s relationship status. “Dancing with your honey” even tagging Vinny in her comment.

Although the comment section is consistently inconsistent, the majority of Gabby’s followers ship her and Vinny.

Do you think Gabby and Vinny make a good couple? Sound off below.