This comes on the heels of the announcement Larissa is returning to 90DF: Happily Ever After with Colt Johnson! 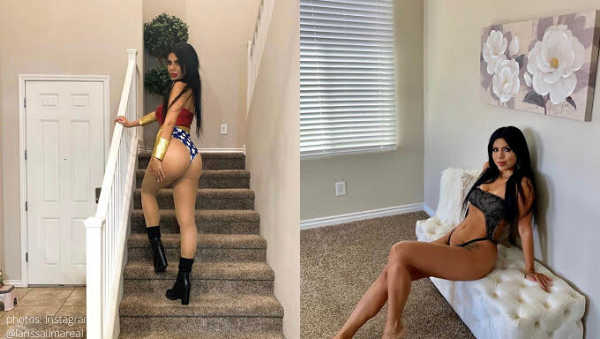 Who is against the Queen will die! 90 Day Fiance alumni, Larissa Dos Santos Lima, named her price to star in a pornographic film after announcing she is returning to 90 Day Fiance: Happily Ever After with her ex-husband, Colt Johnson! What a time to be alive.

As defined by pinknews.co.uk, “OnlyFans is the social media platform where influencers are free to post whatever content they like – from softcore to X-rated – with fans able to pay for the privilege.”

I’m happy to take one for the team and have that in my browser history rather than yours.

In case you want a taste of what to expect from Larissa’s story line on 90DF: Happily Ever After:

I enjoyed this waaaaaayyy more than I’d care to admit.

Larissa isn’t the only one cashing in on her ‘celebrity’ status. Coltee hawked Larissa’s wedding dress as ‘a piece of television memorabilia’ on his Fans Bound page. In case you missed it….

My night out at Larissa and Colt’s divorce parties:

Like Larissa and Colt (and Debbie and the cats- shout out to Cookie Dough), I live in Las Vegas so naturally I took my first and second trips to a strip club in a decade to see what the heck would go down from their parties- Colt’s was on a Friday, Larissa’s was the following night. I recorded a bonus episode breaking down my experiences from both nights for the On This Day Entertainment podcast. Listen here!

You HAVE to check out the Pink Shade with Erin Martin podcast. She’s the best podcaster in the 90DF game! Here is Erin’s latest hilarious breakdown.

Do you think any adult film producers will seek Larissa for work? Sound off in the comments!