Tamra Judge Left RHOC After Being Offered A Limited Role

I would "prefer to walk away on my own terms.” 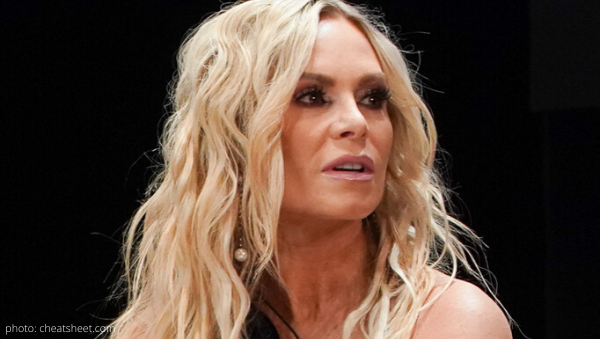 Adios, amiga. (Can we please stop appropriating the term ‘amigas’ now? Kay thanks!)

Tamra Judge made the decision to leave the Real Housewives of Orange County after being offered a limited role on the show’s 15th season. The 12 season housewife claims she would “prefer to walk away on my own terms.”

Tamra dished to People, “It’s been a wild ride, and after all these years, I’m looking forward to life away from the cameras.” The Cut Fitness owner continued, “I was offered a chance to come back to the show in a limited role, but would prefer to walk away on my own terms.” According to a source to the tabloid, “[Tamra] was asked back for three episodes, so producers could close out her story line.”

As per reports from inquisitr.com, an insider said that Tamra was reportedly given the option to appear on the show for just 3 episodes of the 15th season in order to wrap up her storyline and say goodbye to the rest of the women. Instead of doing that, she decided to make her last appearance her final time in front of the Bravo cameras.”

What’s next for Tamra’s family?

“Eddie and the kids are very excited,” explained the mom of four. I can speak for myself and oodles of my RHOC loving friends when we say THANK YOU, BRAVO, for removing Tamra’s son, Ryan Vieth from our world. Such a relief.

We’ll have to wait and see what happens with Tamra’s estranged daughter, Sydney Barney.

What’s in the future for RHOC?

Well, with the two longest running cast members on Bravo‘s hit franchise gone, (If you’ve been sleeping under a rock, Vicki Gunvalson announced she was turning in her orange the day before Tamra shared her news), what should fans expect? As of now, many assume Shannon Beador will return as well as the other housewives from last season.

Would you like to see more women added to the RHOC mix, or focus on the lives of Emily Simpson, Gina Kirschenheiter, Braunwyn Windham-Burke, Kelly Dodd, and Shannon? Drop off your casting fantasy in the comments!