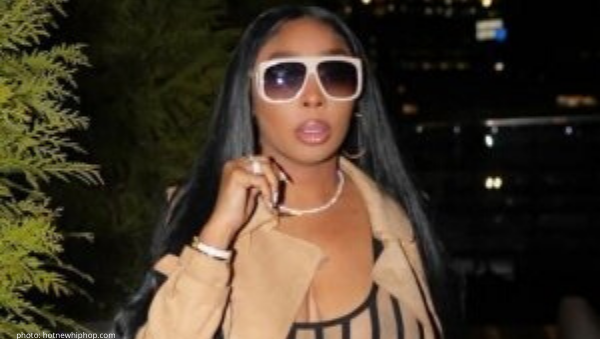 An incident that took place back in the summer of 2017 has come back to haunt Sierra Gates, one of the stars of the Love & Hip Hop Atlanta franchise.

Bossip is reporting that Sierra is being accused of assaulting a pregnant woman during an altercation and in the summer of 2019 was charged with three counts of battery.

If convicted Sierra faces up to five years in prison.

Sierra retained the law services of the same celebrity lawyer Adamma McKimmon who for a short-time represented Kevin McCall in his custody suit against Eva Marcille before she abruptly withdrew from the case.

Unfortunately, or if you’re Sierra then luckily the hearing has been postponed.  She was initially scheduled to appear in court in December 2019 for a final plea hearing, but McKinnon argued that Sierra could not prepare a defense since the state had not yet turned over the evidence.

In the trailer for the upcoming season Sierra can be seen exclaiming, “I might be going to jail”.

Prepare to clutch your pearls! 😮😮 #LHHATL is BACK with its most HEART STOPPING season yet! Don't miss out on the HEART of the SOUTH MON MARCH 16 at 8/7c only on @VH1!

I wonder if this will play out during what is reported to be an explosive season. The new season kicks off on Monday, March 16 at 8 EST on VH1.

Will Sierra end up serving jail time?  Is this just for the television show?  Let me know in the comments below.