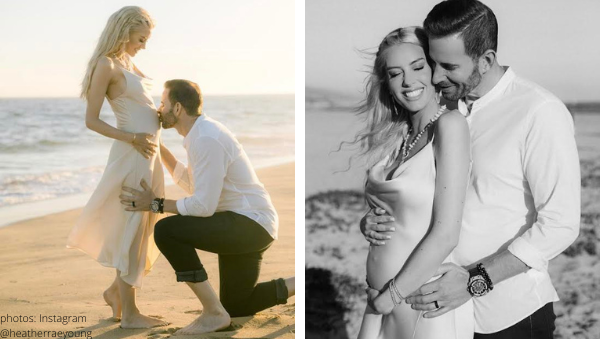 Heather Rae El Moussa (with the help of a paid partnership on Instagram) detailed how she Tarek El Moussa that she was pregnant.

Who said romance was dead?!?!

How she broke the news:

The Selling Sunset star revealed that she gifted a large box to her hubby to share the news of their growing family.

“How does it open?,” asked the former Flip or Flop star before finally opening the present.

A stunned Tarek pulled out a positive pregnancy test as his look of confusion turned to incredulity. “Are you pregnant?”

After a warm embrace, Tarek noted that he had “So many questions. I told you to take a pregnancy test!”

According to the first time mom-to-be’s caption, Tarek asked Heather to take a pregnancy test, as they have been trying for a baby and her period was late.

Heather forgot she pee’d on a stick; however, was elated to see the positive result once she remembered.

Congrats to the El Moussa family!

Would you like to see Heather’s motherhood journey filmed for Netflix? Sound off in the comments.