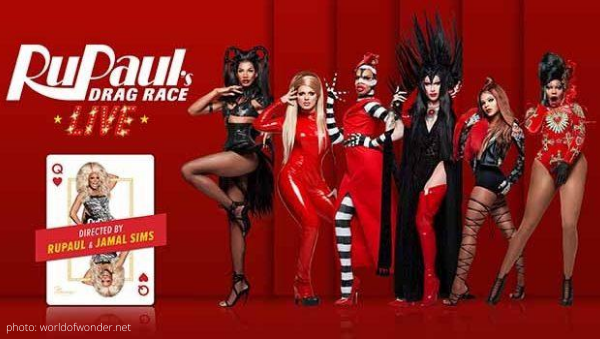 Though covid-19 interrupted the show’s run before its residency ended, World of Wonder Productions got enough footage to create a show. Not only will the docuseries focus on the cast’s onstage antics, but also behind the scenes drama.

According to Out.com, “The series gives fans a deeper look into the lives of their favorite queens as they showcase the charisma, uniqueness, nerve and talent it takes to pull off groundbreaking performances in front of a live audience.”

The cast of Queens:

I was fortunate enough to see the live show before the Las Vegas strip shut down. I was beyond impressed with the cast’s gag-worthy performances!

Watch the preview for yourself!

There’s more good news from Variety.com! There will be an extended first look at Vegas Revue during the season finale of RuPaul’s Drag Race All Stars 5.

Which of the Queens’ Vegas adventures are you most excited to watch? Drop names in the comments!

Be the first to leave Comments for RuPaul’s Drag Race: Vegas Revue Is Coming To VH1