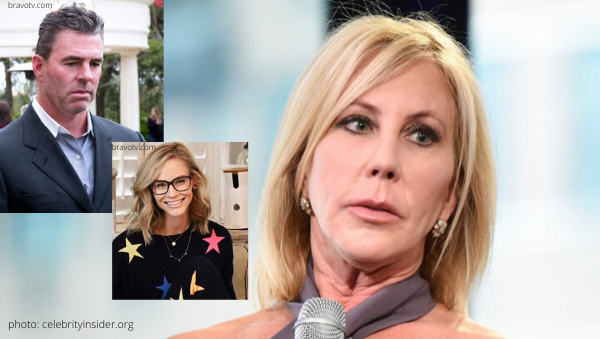 Talk about the pot calling the kettle black….

Cheating Real Housewives of Orange County husband, Jim Edmonds, says Vicki Gunvalson ‘sucks’ when responding to her prediction of his marriage to Meghan King Edmonds lasting only 5 years. If you follow the past and present cast members of RHOC on Instagram, you may have seen a comment to the former MLB player reminding him, “Don’t forget to call Vicki, it’s been 5 years…lol.”

Sure, the OG of the OC was actually right in her prediction (Miss Cleo is shook), but that didn’t mean sneaky Jim was taking any grief from the ‘friend of’ RHOC. He immediately clapped back with “she sucks.”

That was Jim’s mic-drop-moment, but Vicki didn’t stop there. The amiga took to Twitter to note that each and every member of the cast is replaceable and even said that some of the orange-holders need the series more than others. “Good thing I have a career at [Coto Insurance] which I own 100 % and am not dependent on a reality show like some others are.”

Though the future Mrs. Steve Lodge didn’t name names, it’s likely she was referring to Kelly Dodd who owns a percentage of Positive Beverage, which Vicki dissed on the reunion and Braunwyn Windham-Burke, a stay at home mom.

Who would you like to see stay on RHOC and who needs to go? Drop names in the comments!