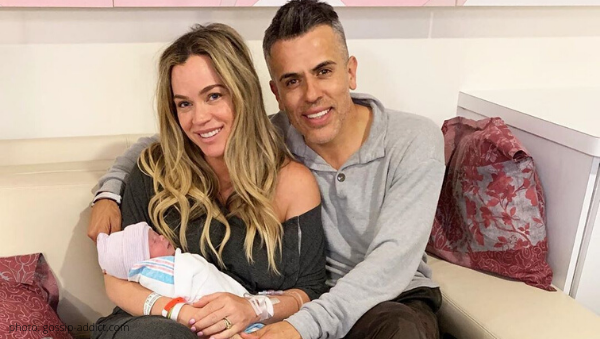 The RHOBH star took to Instagram to announce her good news. Teddi noted in a video posted online that her baby is “healthy and good.”

Guess what, baby girl. You are stuck with us because we are absolutely in love with you. 💕 #aboutlastnight

Edwin also took to the ‘gram to cheer on his wife. “@teddimellencamp was a champ in the delivery room! Baby and mommy as healthy as can be.”

In September of 2019, the couple had a gender reveal photo shoot, which was was quite extra. The couple got their two kids (Slate, 7, and son Cruz, 5) to partake in the festivities. Edwin’s daughter from another relationship, 11-year-old Isabella, was not in the family photo. In case you missed it…

People reported, “Ahead of her January baby shower, which daughter Slate attended, Mellencamp Arroyave asked her followers to ‘Sound off with your fave’ option of the final four names she and her husband had narrowed their list down to: Presley, Shay, Selena or Dove.” The couple has yet to announce a name.

Drop names that you think would be a good fit for the couple’s third baby in the comments!