Teddi Mellencamp and her husband share the gender of baby number three! 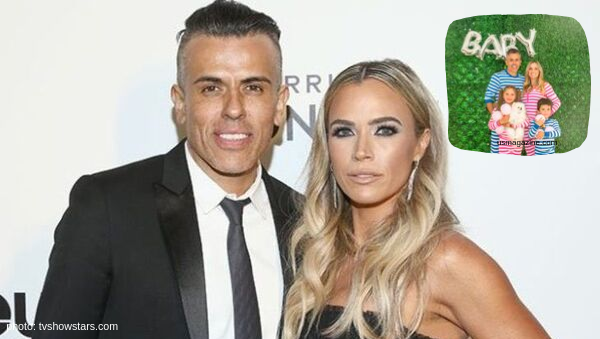 It’s official. The Real Housewives of Beverly Hills star shared a matchy-matchy Insta-staged series of photos with her fans via social media. A confetti shower revealed that number three will be a girl! Congratulations to Teddi and Edwin’s growing family!

It’s a girl! Of course, we would have been equally excited either way, as @tedwinator, the kids and I are just blessed to have a healthy baby no matter the gender. Although I did promise Cruz he could help name her so not sure she’ll be too thrilled being called ”Catboy” Arroyave. 😜 Thank you to @ocballoonbar for the pop we needed, @204events for the rad background and @jorgebphoto for capturing this moment so perfectly. 💕

Stephanie Hollman from the Real Housewives of Dallas commented, “Such an incredible blessing from God. Congrats to you and your sweet family girl 💕”

Stephanie wasn’t the only Dallas gal to congratulate Teddi and her family. Kameron Westcott wrote, “So exciting!!!🎀🎀🎀🎀🎀” (Is there an emoji that better describes Kameron than pink bows? I didn’t think so!)

Teddi announced that she was expecting earlier this month. Of course, she shared the news on the ‘gram.

The Taste of Reality team congratulates the Arroyave family, and their next member, Catboy.

Does anyone else find it strange that none of Teddi’s RHOBH cast mates reacted or commented on her Instagram post? Share your opinions in the comments!

Be the first to leave Comments for Housewives React: Teddi Mellencamp Gender Reveal