Trigger warning: The language used in the message is not only rooted in racism, but encourages self-harm. 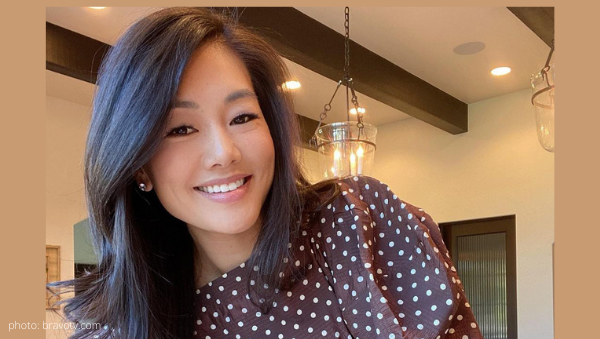 Real Housewives of Beverly Hills newbie, Crystal Kung Minkoff‘s tagline may be ‘Hollywood is full of pretenders, and I slay them all,’ but she assassinates online haters, too!

Crystal took a Facebook user to the library after receiving a vile private message.

The language used in the following message is not only rooted in racism but encourages self-harm.

The wife and mother of two took to Instagram to share a screenshot of the message- as well as her response to the online troll.

“What I can tell you ‘Dashie Pants’, is that my children are doing just fine. In fact, they are learning to speak out and stand up against racism. And they will certainly become allies for all races because God knows we need them more than ever based on your Facebook message.”

“I want to say thank you to everyone who has DM’d me. It’s been hundreds. And I read them all. Your support lifts me up and reminds me to keep the conversation going. We will not be silenced. #StopAsianHate ♥️🙏”

In addition to a slew of Bravoholics, another Bravolebrity POC spoke up for Crystal.

Real Housewives of New York‘s Eboni K. Williams wrote, “You are so loved Sis. These deranged bigots are just mad AF that their days of dominance are coming to an end… #ByeAshy👋🏾#ShoutOutToRHOA 🙏🏾❤️” in the comments of Crystal’s post.

Check out the Pink Shade podcast for hilarious weekly Bravo Breakdowns and so much more!

What did you think of Crystal’s clap back? Sound off in the comments!