"I scrubbed up" and "I delivered Stormi." 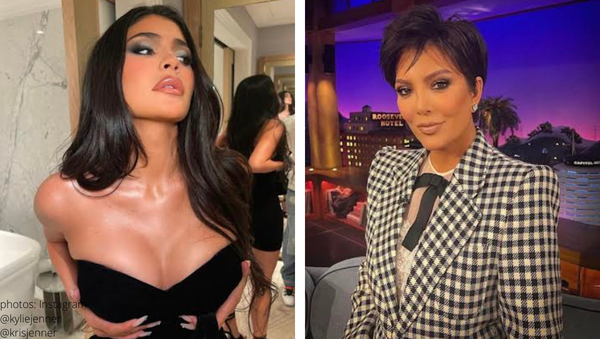 Kylie Jenner explained how hands-on her mom, Kris Jenner, was during the birth of her first child, Stormi Webster.During an appearance on The Late Late Show with James Corden, the youngest Kardashian-Jenner spawn reminisced on the time her mom delivered her first child.

Kylie confessed her mom “fully took my baby out of the vagina.”

The famous family’s matriarch detailed, “I scrubbed up” and “I delivered Stormi.”

“I pulled that baby out of my child” … with medical professionals standing by.

Although Ky described her mom/midwife as “really great,” Kris had a different role for the beauty mogul’s second baby.”She was the videographer the second time around.”
Kylie added, “She’s calm, she’s had six kids. I wouldn’t want to have anyone else by my side.”

Do you think more babies are in Kylie and Travis Scott‘s future? Sound off below.