"I think we'd be honored to have Kim K. in the sisterhood." 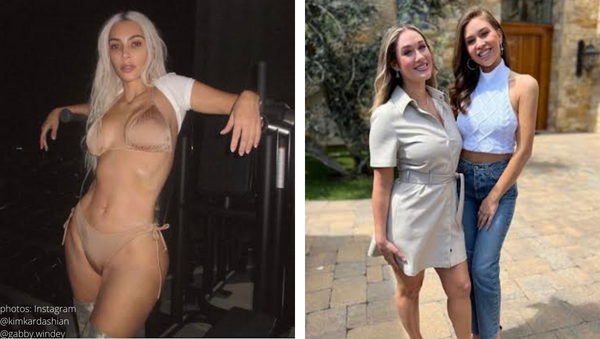 On the upcoming Bachelorette Men Tell All episode, the first ever co-Bachelorettes Rachel Recchia and Gabby Windey dish on which Kardashian they feel would best fit into the role of The Bachelorette.

Rachel exclaimed, “I think we’d be honored to have Kim K. in the sisterhood,” according to reports from Eonline.com.

The pilot gave keen advice to the Keeping Up With the Kardashians alum, “follow your heart.”

“That’s what me and Gabby did,” added Rachel, “and that’s what I would say to anyone.”

Gabby, on the other hand, wouldn’t give the reality tv icon advice, but, rather, take notes.

“I would give Kim no advice because she is also the queen and is a man-eater and that’s what we need.”

Bachelor Nation host, Jesse Palmer, even has the perfect idea for the next Bachelor. “Kim K., Pete Davidson, Bachelor/Bachelorette.”

The Bachelorette: Men Tell All airs Monday, August 29th at 8 p.m. on ABC.

Would you like to see mainstream celebrities on The Bachelor and The Bachelorette? Drop your opinion off in the comments.