Koko reminded the haters, "I’ve lost over 60 pounds over the years." 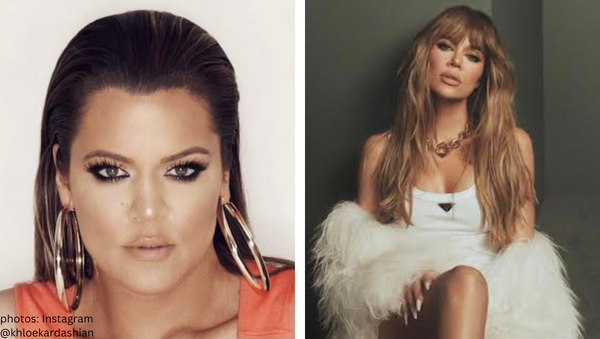 In the wise words of Khloe Kardashian‘s muse, Taylor Swift, ‘Haters going to hate hate hate‘ … and that’s just what they did in the comment section of Koko’s photos for Sorbet Magazine.

The Keeping Up With the Kardashians alum wore clip-in bangs which the reality tv icon credited for changing the shape of her face and many simply weren’t having it.

The Revenge Body star reminded her followers about her dramatic weight loss over the course of her time on television. “I openly talk about my nose job and anyone who ‘looks up’ to me must know I’ve lost over 60 pounds over the years.”

“So recently the only change is the bangs,” explained the mother of two before stating, “I didn’t know I had to do a running list.”

“Either way, attacking someone is sad in my opinion. Unprovoked is the saddest part.”

Before concluding her plea, Khloe noted, “If you are offended or don’t like what you see, you simply don’t have to say anything.”

my favorite shot from my shoot. Fun fact: I wore clip on bangs for this shoot. It was fun to give a different look and not be committed. I am surprised with how much I liked the bangs even though they changed the shape of my face, I still liked them. Would you ever get bangs? pic.twitter.com/NY3aZTbejn

The comment section was set ablaze by followers sharing their unwarranted opinions.

What’s your opinion on Khloe’s evolving appearance? Sound off below.