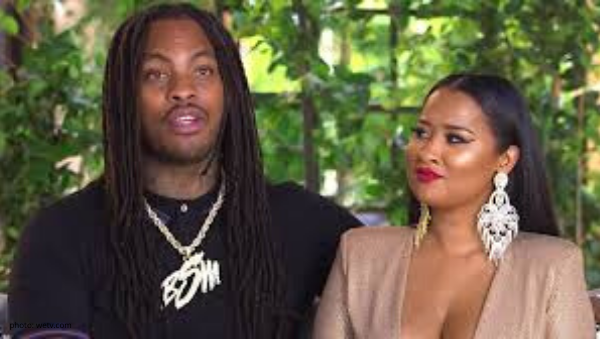 Former stars of the Love & Hip Hop Atlanta franchise Waka Flocka and Tammy Rivera, have landed their own series.  We tv announced that the couple will star in their own show titled “Waka & Tammy: What the Flocka.”

The series will follow the on and off-again couple who have mainly been on again following their recommitment ceremony that took place after their stint on WE tv’s “Marriage Boot Camp: Hip Hop Edition.”

March 12th TUNE IN to our BRAND NEW show, Waka & Tammy: What The Flocka on @wetv #WakaAndTammy

According to the description on WEtv.com:

“Waka & Tammy: What The Flocka” follows Hip Hop’s iconic sweethearts Waka Flocka Flame and his fiery wife Tammy Rivera as they navigate their renewed commitment to their relationship after their emotional roller-coaster on WE tv’s “Marriage Boot Camp: Hip Hop Edition.” One year after the wedding of their dreams, Waka and Tammy find themselves in their new home in Atlanta, where they are navigating all the challenges of married life. From home renovation, juggling Tammy’s bustling music career, parenting their teenage daughter Charlie, and meddling in-laws, keeping their marriage strong takes work.

The couple has always had a fiery relationship and it sounds like the good times just keep coming.

I want to say HAPPY 6 years married anniversary to my handsome, annoying, loving, affectionate, wish washy Gemini husband! even tho we’ve been together for 9 years we made it official 6 years ago today! And I want you to know you are perfect. I would give up everything I have including the cloths on my back for you if you ever needed it.. @wakaflocka I love you ❤️ #TheFlockas #Swipe just a few videos of our craziness

Waka & Tammy: What The Flocka premieres Thursday, March 12 on WE tv.

Are your surprised that Waka & Tammy landed another show?  Will you be tuning in?  Let me know in the comments below.