"There’s a lot of weight on his shoulders, and he owns that." 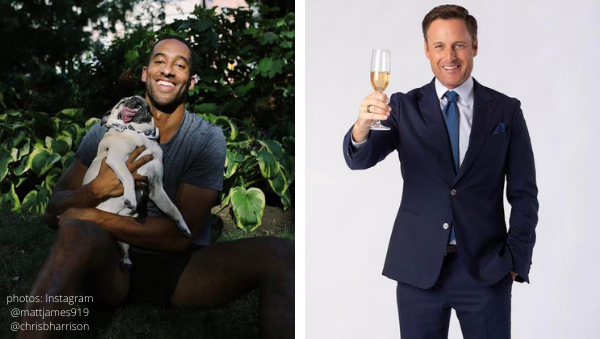 How The Bachelor works:

Since Matt is new to the franchise, Chris felt pressure to learn the inner workings of the show.

Chris dished to US Magazine, that there was “a sense of innocence” and “naivete” with Matt.

“There were some times where we’d be walking a thousand miles an hour and talking, he would just stop and say, ‘Guys, I don’t know what you’re saying. I’ve never done this. I don’t know what a rose ceremony is,’” the longtime host detailed. “And we’re like, ‘Oh, my gosh.’ We had to really go back and learn our ABCs and spoon feed this guy.”

On being the first Black Bachelor:

How did Matt handle the pressure?

Chris admitted to thinking the process may be too much for Matt.

The host finished with, “It all happened.”

Check out the Get’n Cozy With Erin Hill podcast for exclusive interviews with cast members from The Bachelor, The Bachelorette, and beyond! Here is the most recent episode.

What are you most excited for on Matt’s season? Sound off in the comments!