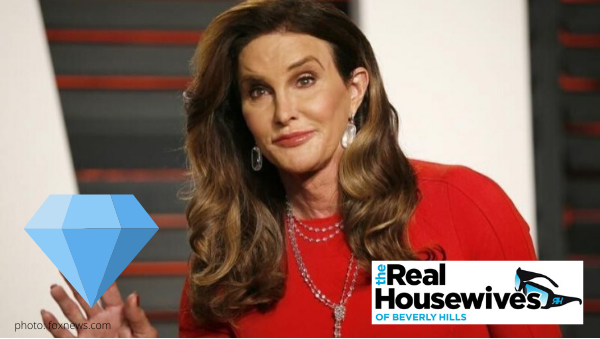 Caitlyn Jenner is interested in joining the cast of Real Housewives of Beverly Hills. Lauren Zima from ETonline.com recently spoke to Caitlyn and Sophia Hutchins on Tuesday, and they spilled their tea on their  RHOBH aspirations. “I could see myself getting in there with some of the drama.”

In addition to years on Keeping Up With The Kardashians and the myriad of E! spin-offs over the years, Caitlyn clarified her reality experience runs even deeper. “You know, I’ve done reality television pretty much all my life -sports is reality television.”

“I did watch an episode [RHOBH] with you [Sophia] two nights ago, and I honestly kind of got into it,” Caitlyn confided in ET.

“I would be on [RHOBH] in two seconds,” Sophia announced. “Andy, call us!” she joked of Bravo‘s daddy, Andy Cohen.

Connections to the cast:

Caitlyn commented, “I like Lisa [Rinna]. I’ve known her for years, and years and years… Talk about someone who always reinvents herself… She’s funny and fun,” before revealing the former Olympian also knows actress Denise Richards.

Do you think Caitlyn and Sophia would make good additions to the RHOBH cast? Drop your opinion off in the comments!