"Over the past nine months since this episode was filmed, I have learned how my words and actions can affect others and I vow to do better in the future." 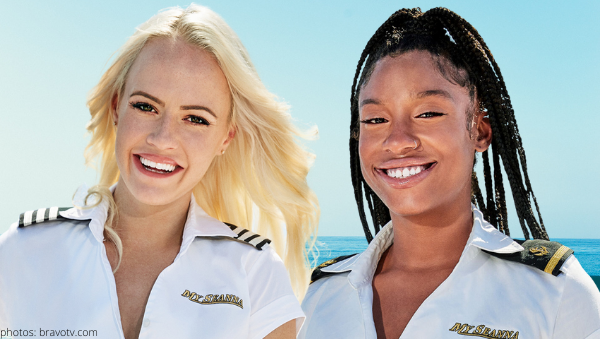 Heather took to the ‘gram the night the episode aired to issue an apology to her co-star/colleague for repeating an incredibly offensive word and using the word again while rapping.

“I am sorry for the hurt my ignorance caused Rayna in tonight’s episode. While I apologized to Rayna throughout the season, I cannot express enough how truly remorseful I am. Part of my responsibility as Chief Stewardess is to provide a welcoming, safe environment for the crew and I fell short. Over the past nine months since this episode was filmed, I have learned how my words and actions can affect others and I vow to do better in the future.”

Many Below Deck fans weren’t having Heather’s apology.

Another IG user wrote, “ur in ur mid/late 20’s and just now learning ur words can affect others? girl plz.”  Continuing the thread, another added, “strange since she was talking about how she was so viciously bullied for being white growing up in Hawaii. I guess she thought words only affect *her.*”
Many social media users, on the other hand, happily accepted Heather’s apology.

Do you think Heather has a future on Bravo? Sound off in the comments!