Watch the video that proved Travis knew there was trouble in the audience. 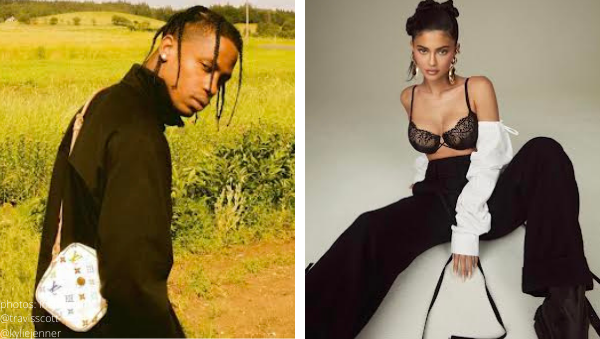 Kylie Jenner took to her Instagram story to respond to the backlash her baby daddy, Travis Scott, received after eight concertgoers were killed and hundreds injured at the Astroworld Festival.

“Travis and I are broken and devastated. My thoughts and prayers are with all who lost their lives, were injured or affected [sic] in anyway [sic] by yesterday’s events. And also for Travis who I know cares deeply for his fans and the Houston community.”

“I want to make it clear that we weren’t aware of the fatalities until the news came out after the show and in no world would have continued filming or performing. I am sending my deepest condolences to the families during this difficult time and will be praying for the healing of everyone who has been impacted.”

@onthisdayentertainmentHearts and thoughts to the victims of the Astroworld tragedy. Anyone else disturbed AF watching how many people tried to stop it 😭 ##travisscott ##kyliejenner ##astroworld ##astroworldfestival ##otde ##kuwtk ##astroworld2021♬ original sound – On This Day Entertainment

What Travid did know:

Even though Kylie’s IG story stated, Travis and I “weren’t aware of the fatalities until the news came out after the show,” this video shows Travis knew there was an issue in the audience.

The festival’s founder used his platform to call security, yet continued to perform- even finish- his set.

CNN reported that Astroworld 2021 attendee, Sarai Sierra, “saw about 20 people who could not breathe, including one person who suffered a seizure before her eyes.”
“It felt like we were drowning in a pool filled of just people,” recalled Sarai.

This isn’t the first time the Astroworld Festival caused several attendees ‘rush’ the entrance secturity to enter the festival grounds.
“Three people were trampled and hospitalized. Officials ramped up security after the 2019 trampling incident, gearing 528 Houston police officers at the concert and an additional 755 private security personnel, the police chief said.”

According to Daily Mail, Travis Scott “has a history of inciting mayhem at his notoriously rowdy concerts,” and has “previously pled guilty twice to disorderly and reckless conduct charges.”

A report from Houston PD Chief Troy Finner revealed a security guard was stabbed with a needle and was later  “revived with Narcan, although there have been no reports of the crowd being drugged in the same way.”

What in the actual eff is happening?!?!

Do you think the tragedies at Astroworld 2021 will change festival culture moving forward? Sound off in the comments.