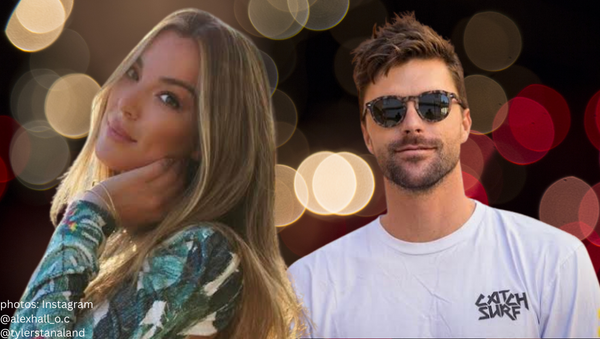 Selling the OC star, Alex Hall, is adamant that she is not romantically linked to Tyler Stanaland and simply want to be there for him during his divorce from actress Brittany Snow. “Tyler’s going through so much right now.”

In an interview with US Weekly, Alex explained, “Within our inner circle of friends we’ve definitely just tried to be there to support him and respect his boundaries.”

“Tyler and I lean on each other in our friendship.”

Alex claims that she was surprised when people caught flirty vibes between her and Tyler when watching season 1 of Netflix‘s spinoff show.

“That literally never crossed my mind until it became the headline on every friggin news channel after the show aired.”

“The irony of that is not lost on me.”

Laughing all the way:

“It’s these funny conversations that he and I have, but not anything seriously. We’re just always like ‘Did you see E! News today? We’re back on!’ and it’s just comical to us at this point.”

Do you think Alex is secretly in love with Tyler or is it just me? Sound off below.