Widow's boyfriend was knocked unconscious, causing him to bleed profusely. 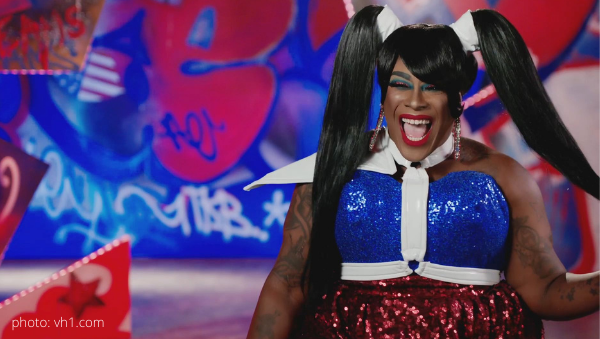 Widow Von’Du came to slay…unfortunately not a lipsync, but her boyfriend.

The season 12 RuPaul’s Drag Race dragtestant was arrested and booked earlier this week for domestic violence.

According to reports from TMZ, “Von’Du came home early Friday morning in what her boyfriend described to cops as an intoxicated state … and was apparently upset when she found her BF sleeping there, even though the boyfriend says he’d notified her he was gonna crash.”

Widow’s boyfriend claimed she “proceeded to punch his face 4 to 5 times, strangle him, drag him across the floor and eventually push him into a bed frame … which the BF says knocked him unconscious after he hit his head, making him bleed profusely.”

Fortunately, Widow’s boyfriend escaped and found help before being hospitalized.

“The report notes he needed 14 stitches in his face and head. The cops say they saw the BF’s injuries and, after a preliminary investigation, found probable cause to get an arrest warrant for Von’Du,” per TMZ.

“We’re told she was kept on a 24-hour hold, and that her bond was set at $50k. She’s facing 1st and 2nd-degree domestic assault charges.”

Ray Fry (that’s Widow’s ‘boy name’) admitted that she said, “Some White boy tried me and got his ass beat” on Instagram Live, though she denied some of the assault claims.

Want more RPDR in your life?

I can’t say I blame you, squirrel friend.

Check out the Alright Mary podcast to stay up-to-date on the latest news and gossip, as well as hysterical recaps. Here is the most recent episode.

Stay tuned as the Taste of Reality team will cover this developing story. Drop your commentary off in the comments!