The 'friend of' the Real Housewives of Salt Lake City cast claims she "peacefully protested." 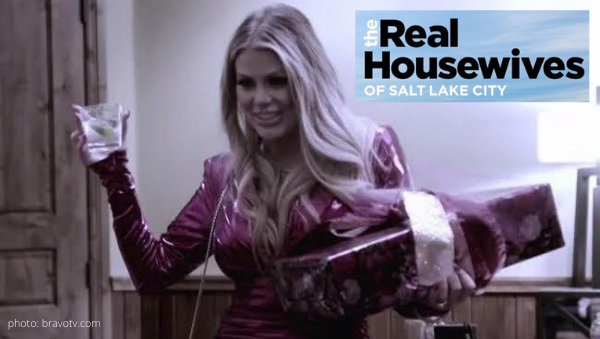 Sure, Real Housewives of Salt Lake City‘s “friend of” Sara McArthur Pierce didn’t enter the US Capitol Building during the January 6th riot, but she was there.

Sara’s husband confirmed with The U.S. Sun that his wife attended the insurrection.

Do you remember the party that Jen Shah allegedly threw for Meredith Marks early in RHOSLC’s freshman season? That’s when audiences were introduced to Sara.

“This is what happens when a conservative uses their First Amendment rights to attend a rally and protest for basic constitutional rights…the left is calling for Trump supporters to be executed and worse. If you ever wondered which side is facist, bigoted and tyrannical NOW YOU KNOW.”

On the following page of her story, she wrote, “For the record I NEVER entered the capitol. The media is absolutely lying to you about what ACTUALLY TOOK PLACE! Millions peacefully protested, the city was completely intact! Those who entered the capital [sic] or exhibited violence should be held accountable just like at every other protest! Conservatives have EVERY right to protest to fair, transparent and honest elections just like all Americans should be.”

Sara was described as “unhinged” by an Instagram user while a tweet stated “Q-Anon is a dealbreaker for me.”

Other tweets ranged from “Lock her up, Joe” to “investigate a miss Sara mcarthur pierce for domestic terrorism. [sic]”

@Andy you need to fire SLC Sara McArthur Pierce,she was involved with the terrorists who stromed the US Capitol.

There were a few Instagram users who commented that Sara was simply exercising her first ammendment right.

Check out the Pink Shade podcast for hilarious recaps of your favorite Bravo shows (and beyond!) Here is the most recent episode.

Do you think Bravo should fire Sara? Sound off in the comments!