The RHOP Reunion Preview Is Here!

Revenge, revelations, and a binder full of RECEIPTS. 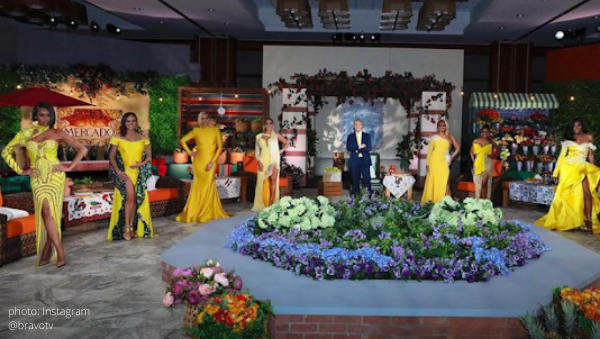 Put on your pearls, because you’re going to need something to clutch after watching the preview for the Real Housewives of Potomac reunion.

Prepare yourself for three hours full of revenge, revelations, and a binder full of RECEIPTS, thanks to season 5 villain, Monique Samuels.

Karen Huger rallies to get the group back together- while tearing down her frenemy, Gizelle Bryant‘s questionable fashion choices- in the most delicious way only Queen Karen could. Gizelle then took the opportunity to thrown Karen under the proverbial bus for allegedly trying to get RHOP freshman, Wendy (Four Degrees) Osefo, kicked off the show.

It got much messier:

Bravo‘s daddy/reunion ringleader, Andy Cohen, dug out some skeletons from Michael Darby‘s past, in the form of a ‘damning’ clip of Michael cheating on his newborn’s mother, Ashley Darby.

In case you missed it, here is A video of Michael’s indiscretion- though I’m unsure if it’s THE video Andy referenced, which is next-level Michael. Oh, you know Ashley’s pregnant again, right?!

But the messiest has yet to come:

As you can imagine, the physical altercation between Monique and Candiace Dillard-Bassett is expected to be a prevalent part of the three-part reunion. Mo’s husband, Chris Samuels, got involved in the drama-resulting in Andy telling Chris to ‘sit down.’

The most shocking part is Monique’s response to watching the video of her attacking Candiace for the first time.

You’re gonna need to sit down for this…

Check out the Reality TV & Me podcast for the latest from the Bravo universe.

Which of the season 5 Potomac housewives would you like to see return for the show’s sixth season? Drop names in the comments!

Be the first to leave Comments for The RHOP Reunion Preview Is Here!