LHHATL stars daughter attacked by a student and her parent at the local high school. 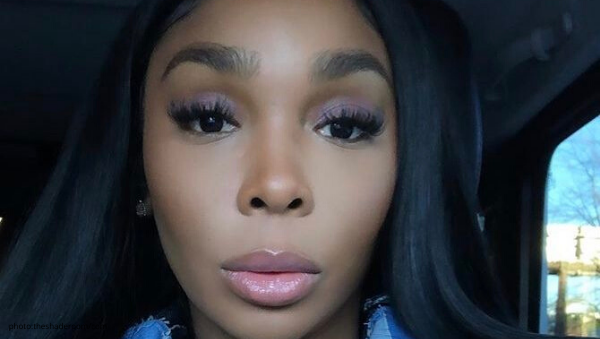 Love & Hip Hop Atlanta’s Sierra Gates was faced with one of the biggest scares of her life when she received one of the phone calls that a Mother never wants to receive. Her 14-year-old daughter was physically attacked on school grounds.

This past Wednesday during the lunch hour it is alleged that a student went against security protocol and gave her mother access to the school grounds. Cell phone footage was obtained by local news outlets that showed a group of girls fighting in the bathroom while others stood to the side.

My daughter was “NOT” the aggressor. I got a text from my baby at 10:00am saying ma this girl keep harassing me on my ig & text saying she wants to fight. She also called her dad. I told her to try to avoid her tell someone and I’ll be there as soon as I get off work. I literally was getting off work in a hour. At 12 noon I got another call from my baby screaming saying ma the girl mama up here in the bathroom trying to fight. I asked to speak to the parent to try to reason so she wouldn’t hit my baby 2 mins later the phone dropped and the lady and her daughter was attacking my baby. North Atlanta high #1 an adult should never be able to walk into a school unattended I’m scared for my child and the other children’s safety. #2 the school let this lady run off school grounds with a clear get away after attacking my child. #3 I had to raise hell just to get a police report and when I finally got the report they didn’t even want to put on the report that it was a battery to a minor. So yes I’m am very upset I am a mother 1st I would never put my hands on someone else’s child and I chose #northatlantahighschool thinking it was one of Atlanta’s best schools, & they allowed my daughter to be attacked by an adult. I’m heart broken and very upset as a mother it’s taking everything in me to keep this civil I truly understand this is a test from God y’all keep me in your prayers❤️ thanks to my attorney @adamma_esq for always having my back.

According to Sierra she received a text from her daughter around 10 AM stating that some girls wanted to fight her.

At noon she received a hysterical phone call from her daughter. She stated that she was in the bathroom and the girl along with her mother were trying to fight her. Sierra asked to speak with the mother in order to put a stop to the imminent attack. According to Sierra a few seconds later the phone dropped.
The parent who has now been charged with multiple counts including battery of a minor was arrested and is currently out on $4,000 bond.

I can’t even imagine what it must have been like to hear the screams of her child as she was brutally attacked. My heart goes out to Sierra and her family.

And just like the Mama Bear she is, Sierra is coming for the necks of the school system and the parent who attacked her daughter through the courts.  Stand your ground girl.

What would you do if someone attacked your loved one in public and no one helped?  Do you agree with the approach Sierra is taking?  Let me know in the comments below!