I think there’s a real danger when a show’s been on for a long time that the audience almost gets bored of the rhythm. 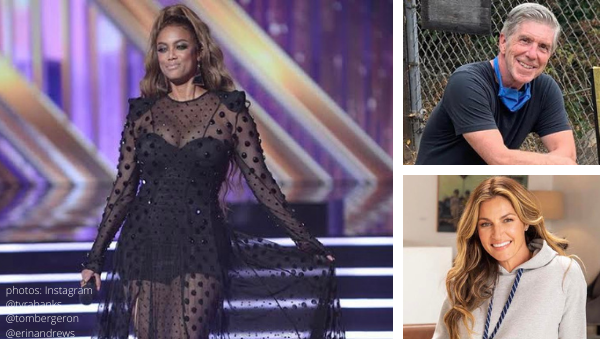 Dancing With The Stars fans FINALLY get answers as to why their beloved, long-time hosts, Tom Bergeron and Erin Andrews, were suddenly replaced with America’s Next Top Model‘s Tyra Banks.

Why the change after so many years?

According to reports from US Magazine, “I think it’s all about evolution. I think any show like this that has been on many, many seasons needs to continue to evolve.

“I think changing the host was all about evolution, it was about making the show feel fresh, making it feel new [and] kind of make it reach out — maybe to a new audience as well, as well as the audience that’s been there for years.”

Why did the execs move to only one host?

“I think it’s working brilliantly with the one host. I think it’s really refreshed the pace of the show, actually,” Llinares detailed to the press.

“I think it’s taken it to a new pace, in terms of moving faster and just feeling different. I think there’s a real danger when a show’s been on for a long time that the audience almost gets bored of the rhythm. It doesn’t mean there’s anything wrong with it. It just sort of gets a little boring — the rhythm of it. So, I think it’s changed the rhythm of the show in a really exciting way.”

How do you feel about the changes this far?

Llinares was quick to celebrate their choice to replace Tom and Erin with Tyra.

“Tyra is doing an amazing, amazing job. It’s just so wonderful to have her energy in the ballroom and her expertise as a host in the ballroom. I think I think she’s brought a new life to everything. It’s really exciting.”

Tom and Erin didn’t know their reign as co-hosts of DWTS was ending. Find out how Tom learned that ABC moved on from him and his hosting counterpart.

Are you enjoying Tyra as host? Sound off in the comments!