The controversial cast member broke the news to Andy Cohen on WWHL. 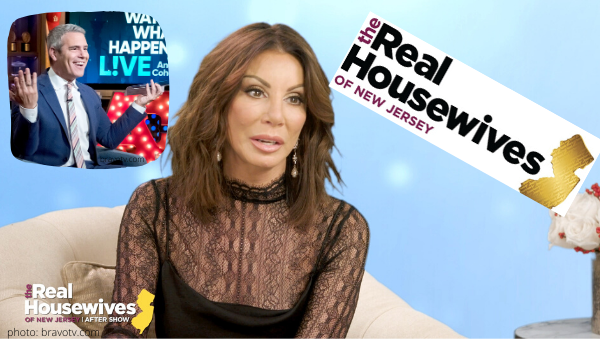 Danielle Staub told Andy Cohen that she is never returning to Real Housewives of New Jersey on Bravo‘s late-night talk show, Watch What Happens Live.  “I will be never returning as a Housewife again with the Jersey girls.” (Did you hear the sigh of relief from RHONJ fans?!?!)

Danielle elaborated, “I have, over the past 12 years and 10 seasons, been a part of this whole franchise and I’ve been very happy to rally and stand on a platform and be here with all of you. But it is time for me to leave and do something that I want to do that makes my heart happy every day.”

Andy was shooketh. He even said he needed time over the commercial break to process what he heard. “This is entirely your move, I just want to point that out.” The new father continued to the original RHONJ cast member, “I didn’t expect you to say the word never.”

The former RHONJ cast member (who has been engaged 19 times) left the franchise with no friends on the show by the end of season 2. After appearing on other reality shows, she returning to RHONJ for the past two seasons as a ‘friend of.’

You can watch Danielle’s announcement for yourself!

Are you glad to finally be done with Danielle Staub? Spill your tea in the comments!