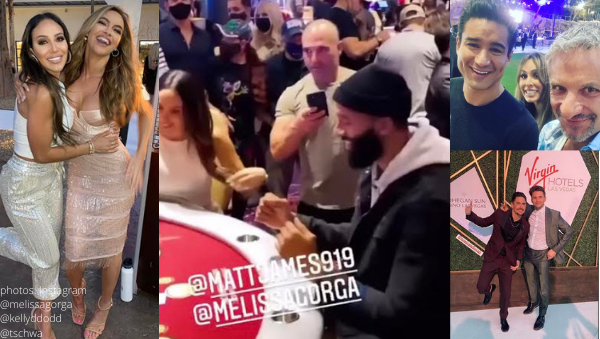 The Virgin Hotel grand opening party on 3/25/21  was a hot spot for reality stars from your favorite shows on Netflix, ABC, Bravo TV, and beyond!

It didn’t stop there….

Oh, and the former Real Housewives of Atlanta star Kim Zolciak Biermann and her former NFL star hubby, Kroy Biermann – who star together on Bravo’s Don’t Be Tardy  – photographed themselves on the strip and at a nightime event only interacting with each other.

Can someone explain Kim Z’s evening lewk to me please? Is there a piece of fabric suspended in mid air? I’m so confused…

Make sure you click through the pics to see the entire quasi celebrity scene:

As Tom Sandoval said, “To staying positive and testing negative.”

Which of these reality tv stars (plus AC Slater) would you like to meet most? Drop names in the comments!

Be the first to leave Comments for Chrishell Stause, Matt James, And Oodles Of Bravolebrities Attend Virgin Hotel Opening Party In Las Vegas