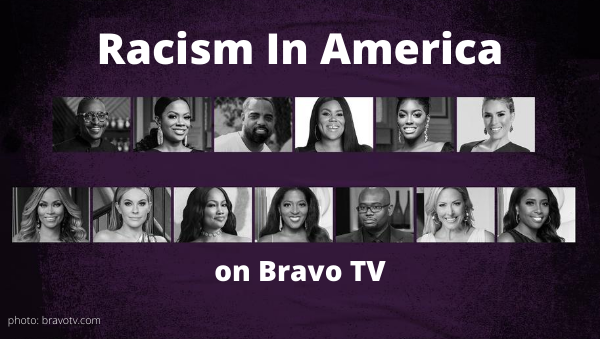 Just because black boxes aren’t dominating our social media pages and the news cycle has moved on doesn’t mean that there isn’t a focus on the Black Lives Matter movement on Bravo TV. Many of your favorite Real Housewives and stars from Married to Medicine and Top Chef are participating in Racism In America: A Movement Not A Moment, a discussion on current race relations in America.

This is the best line up of Bravo talent since BravoCon.

Just so you know, Racism In America producers Dorothy Toran and Leslie D. Farrell said that they chose each Bravolebrity themselves, noting that no one declined the invitation to participate on this panel, as per reports from PageSix.

Leslie D. Farrell added, “What’s fascinating and surprising is to hear — and we always think this — when someone is either well off or they’re on television or whatever, well [race-related incidents] don’t really happen to them,” she explained. “We get it that it happens to us, the normal people, the ones behind the scenes, right? So I knew my experiences and Dorothy has hers, but to hear some of their experiences, it’s like, ‘I’ve experienced that!’”

Racism In America: A Movement Not A Moment airs Sunday, August 9 at 10pm on Bravo.

Don’t want to miss any Bravo news and gossip?

I don’t blame you! Check out the On This Day Entertainment podcast to stay up-to-date on all things Bravo and reality tv! Here is the most recent episode.

Which of the Bravolebrities’ stories are you most excited to hear? Drop names in the comments!