This comes on the heels of the news that RHOC has resumed filming and RHONY plans to film an in-person reunion. 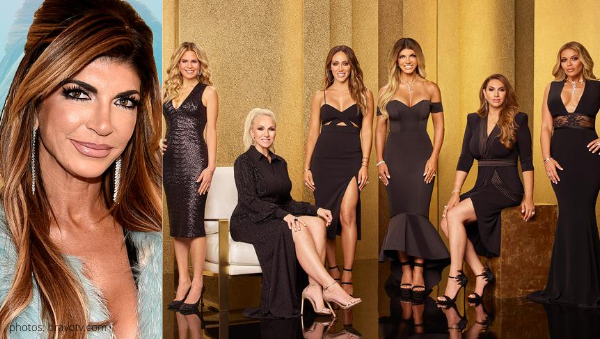 According to a source from TMZ, “The Jersey gals are going to begin shooting for their 11th season very soon.” They also noted that Teresa was coming back as ‘top dog.’

Precautions taken to ensure the cast’s health will be daily temperature checks, social distancing and many scenes will be filmed outdoors. “We’ve heard the crews will be required to wear masks, but it doesn’t sound like the cast members will be forced to do so.”

Wonderwall.com pointed out that, “The fact that the show is starting up may come as a bit of a surprise as cases of the coronavirus are rising in New Jersey. On Tuesday alone there were 565 new confirmed cases, the state’s highest daily total since early June.”

TMZ reported fans will see Teresa co-parenting with her estranged husband, Joe Giudice, who resides in Italy after being deported last year. “We’re told Joe and Teresa’s frequent FaceTime calls and phone chats will likely be documented — they’re on good terms right now, and there’s no hint of a looming divorce, even though they’re technically split up.”

The show must go on! Despite Shannon Beador’s recent Covid-19 diagnosis (along with her three daughters — Sophie, Adeline, and Stella), RHOC is currently filming its 15th season.

Shannon took to Instagram to share her family’s diagnoses, “Today, we are Covid positive times 4. The girls and I are blessed to be quarantining in the same home (but isolating in separate rooms).”

A post shared by OnThisDayEntertainment (@onthisdayentertainment) on Jul 24, 2020 at 3:20pm PDT

The 12th Real Housewives of New York reunion will be filmed in person on August 15! In even better news, RHONY alumni, Tinsley Mortimer, will be returning despite quitting the popular show mid-season.

#RHONY: Reunion Update‼️ It’s confirmed that the #realhousewivesofnewyork will be filming their reunion IN PERSON on August 15th. This will be the first in-person taping since COVID has halted production. #tinsleymortimer has allegedly flown in and is being quarantined to better comply with safety guidelines. . Are you looking forward to finally having all the ladies in one room to hash out the drama from the season? Let us know your thoughts!

According to Andy’s Sirius XM radio show, “It is looking like we will be doing our RHONY reunion in person,” noting “There are a lot of protocols.” Bravo‘s daddy elaborated, “Everybody has to get tested. There’s very few crew. There’s very few people allowed. We’re all six feet apart.”

Which of the Real Housewives casts are you most excited to see together IN PERSON? Sound off in the comments!