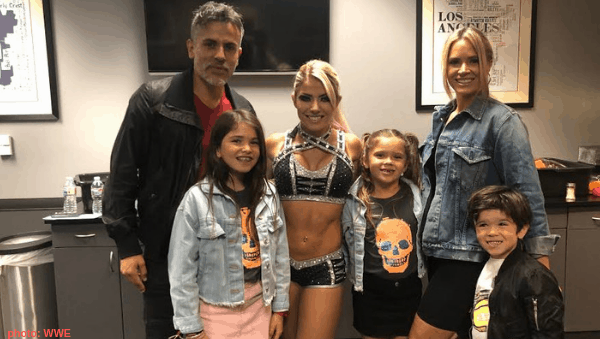 Reality stars and A-List celebrities alike flocked to a WWE Monday Night Raw event at The Staples Center in Los Angeles…that’s World Wrestling Entertainment, for those of you finally catching up!

The WWE Monday Night Raw show was SOLD OUT with adoring fans, celebrities, and their families. Real Housewives of Beverly Hills star Teddi Mellencamp and her family were eager attendees to see the action-packed live show. Teddi’s adorable kids, Isabella and Slate, enjoyed the ringside production. It was the couple’s youngest child, Cruz, who was the most enamored with the action!

Before watching the fun-filled night of the action ringside, the RHOBH family got a tour of the backstage area and even had a meet-and-greet with WWE Superstar and former Total Divas cast member Alexa Bliss! Teddi captioned a video on her Instagram story “Cruz dreams are coming true @wwe,” with a lol emoji.

The Pratts made a family night out to see Los Angeles Raw live! Spencer Pratt and Heidi Montag of The Hills and the upcoming reboot The Hills: New Beginnings brought their son, Gunner Pratt, to experience WWE for himself!

A lister, Jenna Dewan, made her relationship with new boyfriend, Steve Kazee, official at Monday night’s event. The new couple even got to pose with icon, John Cena, which is a dream-come-true for wrestling fans! 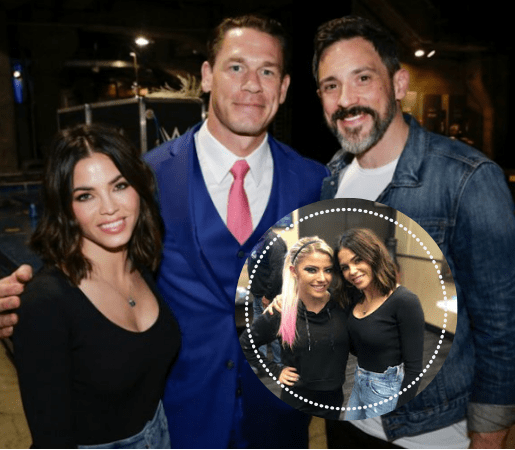 Jenna made it Insta-official herself, proving there is life after Channing Tatum.

Click here for some juicy details compliments of E! regarding the new couple. In case you’re like me and want dirt on how Jenna’s ex, Channing (insert audible swoon), is handling this new development, click here!

Jenna and Steve weren’t the only couple making a date night of the WWE Raw event in Los Angeles! It looks like Vanderpump Rules stars Tom Schwartz and Katie Maloney Schwartz went on a double date with another couple for the live show!

Are you a fan of WWE? Let the Taste Of Reality team know your favorite wrestlers in the comments!