Fofty got his money! 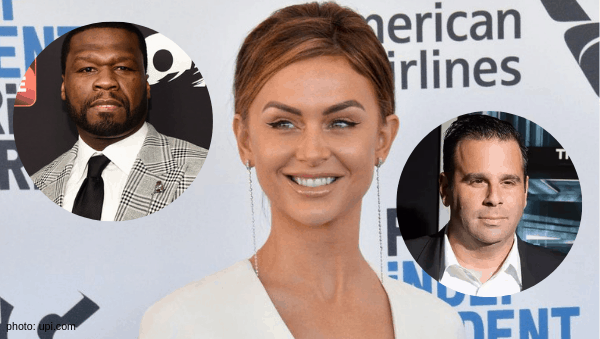 Was your month made by the fued between Vanderpump Rules star, Lala Kent, her fiance, Randall Emmett, and rapper 50 Cent? Mine too!

In case you missed it, here are the highlights from @a_beautiful_snarky_mess‘ Instagram page (50 Cent took all of his posts regarding this saga down once Randall paid him the money he was owed.)

**This article was modified after Rand paid up and 50 removed all posts relating to the producer and Lala.**

Randall jumped in at this point begging ‘fofty’ for his forgiveness. (FYI- Rand misspelled Fifty multiple times, I would have just typed Curtis after the first mistake!)

The rapper continued with, “F*ck you @Randallemmettfilms you think I wouldn’t find out, you and your little hoe girl friend talk to us weekly. 🤨 I want the rest of my money Monday. #lecheminduroi #bransoncognac.” Understandably, 50 Cent is angered by the fact Randall owes him money, yet gave Lala a Range Rover. On top of that, 50 Cent claimed Lala talked to US Weekly to plant their side of the story.

Here, Lala brings up the #MeToo movement, after referring to Fofty’s dates as ‘b!tches’. This. Is. So. Cringeworthy.

Thank you @shamelessstrumpet for this fantastic clip… and seriously, she’s still trying to get in on the #metoo movement… STFU LaLa. To try to make this somehow a me too issue and say 50cent was making fun of it is stretching it. He was calling you out and probably what happened between you and Randall and you getting your movie role. Sorry, but LaLa strikes me as someone who would do that. I mean she straight up says they “banged the first night” they met. Guess it doesn’t feel so good when you’re the one being attacked does it LaLa? 🤷🏻‍♀️🤷🏻‍♀️🤷🏻‍♀️🤷🏻‍♀️ In my mind, 50cent is clapping 👏🏼 in Randall’s and LaLa’s face … like, “ I 👏🏼 want 👏🏼the 👏🏼rest 👏🏼of 👏🏼 my👏🏼 money👏🏼Monday👏🏼!” Like LaLa did to Raquel… 😂 😂😂😂 #vanderpumprules #lalakent #50cent #realitytv #hoesbelike #golddigger #bravotv #usweekly

By now, Randall has begged Fofty to stop making IG posts because his heart couldn’t take it. He went to the Emergency Room to make sure he wasn’t having a heart attack.

Happy Saturday ❣️❣️❣️ Apologies for being MIA this past week… just a lot of personal stuff going on… so wow!! I wake up this AM and 50cent is all over Randell… LaLa’s Man… 😂😂😂 WTF is going on here?!?! Here’s another douche who owes money and that’s just to 50cent. Hmmm, looks like LaLa’s days of riding in private jets might be coming to an end. Wonder if all of the sweet girls of Vanderpump Rules will continue their friendship with her??? #vanderpumprules #50cent #golddigger #realitytv #shitgotreal #bravotv

Vanderfans were having a ball by now with all the memes circulating online. Some Bravo lovers even took to Wikipedia to change Randall’s bio to reflect findings from this social media saga.

Too bad @wikipedia can’t protect him in real life from 50 Cent…🤷🏻‍♀️🤷🏻‍♀️🤷🏻‍♀️ Unfortunately fun times are over, no more edits can be made… 😩😩😩 It was fun while it lasted… #wikipedia #vanderpumprules #randallemmett #lalakent #50cent #fofty #mondayisalmosthere #mondaydeadline

Fofty clapped back, “First I would like to say my fans would never do such a thing.😟 I have known them 16 years and never once have they done such a heinous act. 😕 #lecheminduroi #bransoncognac #fofty.”

If you’re not on Instagram, are you even living?

In addition to celebrity responses (thanks, Chrissy Teigen) to the feud, there have been some unlikely heroes during this saga whose detective work should not go unnoticed….

First of all, shout out to @a_beautiful_snarky_mess on Instagram. ‘Snarky’ was the first feed that I saw with a countdown clock showing how long Randall has to pay ‘fofty’. That’s when it registered that the deadline was the same day as the Vanderpump Rules finale. My heart broke realizing all this delicious drama could be staged.

Next, enter an even less likely source to have ‘stakes’ in this feud… a Patricia Atschul fan page called @welovepataltschul. Yes, the star of Southern Charm’s Instagram fan page has done some high quality investigative reporting.

It appears that all of the tags found on 50’s IG posts are promoting a cognac called Branson Cognac. I learned that that ‘fofty’ has partnered with this cognac distributor. Click here to learn more about 50’s partnership.

As much as I reveled in this deep, dark sea of drama this weekend, I’m convinced it was all a publicity stunt. It’s a win for Lala in that the finale of VPR has gotten a ton of buzz after a lackluster season, and 50 Cent had many opportunities to plug his new cognac venture. The only person who seems to NOT have benefited from this feud is Randall.

Do you think ‘fofty-gate’ was a publicity stunt? Sound off in the comments!