James revealed he and Lala were recording music together, before he ignited another feud. 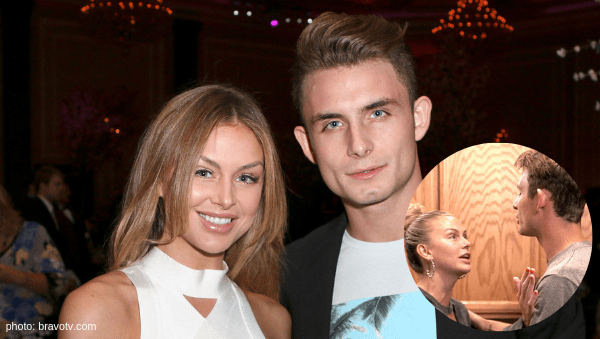 Vanderpump Rules stars Lala Kent and James Kennedy have had some major ups and downs over the years. The SUR hostess and displaced DJ made major efforts to rekindle their friendship. But not for long…

The White Kanye spilled to TooFab, “Lala’s reached out. We’re chatting, we’re texting and hopefully gonna meet up for lunch maybe this coming week and catch up a little bit in person.” He included, “But yeah, we’re definitely texting. If I saw her today, I’d say hi.” Which is a huge change from where they left off after the season 7 reunion.

We made a dope record in the studio today, glad to have my friend back. Get ready for some pure fire 🔥 #RideWithMe

Well, that reunion was short lived.

James posted this after his hangout session with Lala, poking fun at her fiance, Randall Emmett, yet again. @TwoJudgeyGirls on Instagram commented, “So this was posted. Then lala unfollowed. And just like that, we are back to dramaaaa.”

The White Kanye is not the only person poking fun at Lala’s man. One of Rand’s opponents in a televised poker shirt trolled the producer by paroding his feud with fofty, aka 50 Cent. #MoneyByMonday

How could I not share/repost this? That weekend when #fofty went after Randall was epic❣️❣️❣️ 50cent shared one of my memes and then that meme was shared on WWHL ❣️❣️❣️ It was a wonderful time… 😂 #pokerface #vanderpumprules #pumprules #fiftycent #50cent #moneybymonday #bravotv #wwhl

Whose side are you on? Leave Team Lala or Team James in the comments!