An alleged audio transcription of Jax Taylor and Faith Stowers has surfaced after their affair. 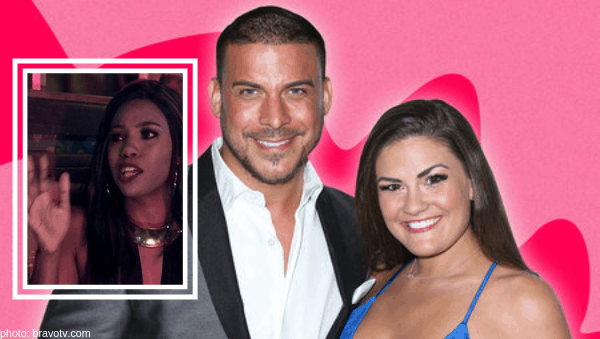 An alleged audio transcription between Vanderpump Rules stars Jax Taylor and Faith Stowers was leaked! The transcription was found on a Reddit thread, then posted on Instagram by @a_beautiful_snarky_mess – which is an amazing follow for Bravo lovers!

Make sure to click to through all of the pages of the transcription!

Hi guys ❣️❣️❣️ So a few of you alerted me to check out Reddit (because you know I’m a little afraid of it)… and thank you❣️❣️❣️ Why?!?! Well, there is an account on Reddit that somehow got a hold of the recording between Jax and Faith (remember the recording Faith did after she and Jax had sex a couple of seasons ago??) Well this Reddit account transcribed some of it. Swipe to read it… #vanderpumprules #pumprules #juicynotes #juicygossip #gossip #realitytv #realitytvnews PS. What do ya’ll think about this??? Personally, ya’ll know how I feel about Brittany and to me, this felt like Brittany will pretty much do whatever to stay in the limelight. It’s also so obvious that Jax is probably getting married now just for the show… 🤷🏻‍♀️🤷🏻‍♀️🤷🏻‍♀️

In case you want to hear Faith’s side of things, here is an interview the former SURver did on Entertainment Tonight last year.

I’m going to call it out! I think Jax and Brittany leaked the tapes for attention. The thirsty couple is getting married in less than two weeks and these audio recordings have been in existence for well over a year now! Coincidence, I think not!

Do you think Jax and Brittany leaked the tape? Drop your opinion off in the comments!