An olive branch has been extended...maybe. 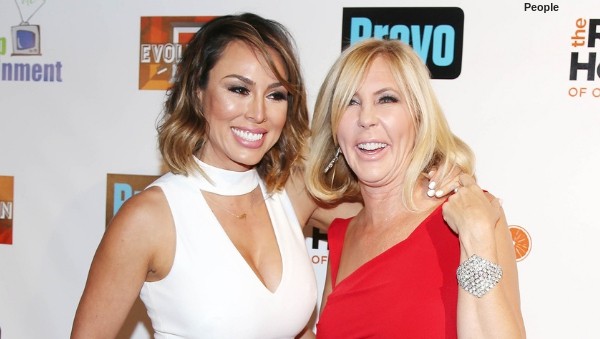 A moment of kindness or is Vicki being insincere? Real Housewives of Beverly Hills star Vicki Gunvalson had something to say about former co-star Kelly Dodd and this time we’re hoping it might just mend their feud.

In a report made by Us Weekly, the magazine noted that Vicki spoke out about her former friend after a fan made a comment about Kelly on Vicki’s Instagram. In a post from November 26, Vicki said of her fight with Kelly, “It’s really sad. When she needs a friend to help her I’ll be there for her.”

Having a great day with Briana and Ryan at all their favorite spots. 1 more day with them until I head home. I’ll be back on Christmas Day with @stevelodge_oc

The message comes amidst a brutal feud between Kelly and Vicki, after Vicki accused Kelly of using cocaine during the RHOC reunion.  Now Kelly wants to leave if Vicki continues to star on the show, but as one of the longest-running stars on Orange County, that doesn’t seem likely.

Would you forgive Vicki? Sound off about their feud in the comments!