The Vanderpump Rules star overcame a fear and performed a live stand up comedy set. 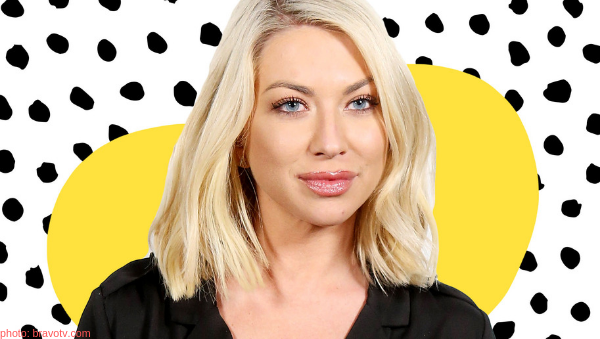 Vanderpump Rules star Stassi Schroeder overcame one of her life’s great fears – the Witch of WeHo performed live stand up at The Comedy Store in Los Angeles. “I conquer a major fear and try stand up comedy tonight on @lightsout with @davidspade on @comedycentral at 11:35 pm,” per the New York Times bestselling author’s Instagram story.

David Spade gave me an earpiece, threw me on stage & fed me jokes. Watch me try stand up comedy tonight on @lightsout on @comedycentral at 11:30 pm. @amyschumer how did I do?

Before Stassi’s set, she shared some behind the scenes footage on her Instagram story. The host of the Straight Up With Stassi podcast doesn’t seem nervous to me…

Stassi does standup. 👏🏻👏🏻 she must take comedy very seriously, like her birthday buddy, Ariana. 🤷🏼‍♀️😉

Stassi’s stand up set was not a solo effort. The Vanderbeauty was getting fed jokes from RoastMaster General, Jeff Ross, and actor/comedian David Spade into an earpiece. Though the newly engaged Khaleesi didn’t write the material, her delivery was respectable – if you can get past the long silences as Stassi listens to her inner ear piece.

Click here to see the former SURver’s stand up set for yourself!

Do you think Stassi may have a future in stand up comedy? Sound off in the comments!