One of the newbies says Scheana is NOT a good kisser. 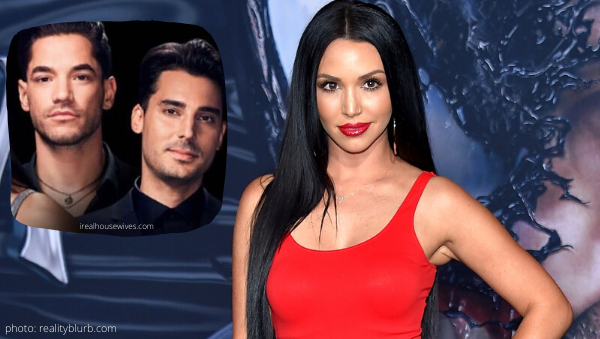 “Raise you glasses high- this one’s for you tonight!”

Good news, Vanderpump Rules fans! The first seven minutes of the premiere episode of the 8th season of VPR has been released. It revealed a sneak peak into the staffs of SUR and TOM TOM‘s personal lives, including Scheana Shay‘s latest at-work hookups.

Producers tease VPR stans with feuds between cast favorites Tom Sandoval and Jax Taylor, as well as disbanding of Kristen Doute from the Witches of WeHo clique. If you keep up with the ‘Vandecast’ on Instagram, it appears Jax and Tom have mended fences. Stassi Schroeder and Kristen, on the other hand, are still not on speaking terms.

Audiences looking for messy hookup drama are in luck thanks to my girl, Scheana. A new SURver, Brett Caprioni, spills the tea on the divorcee. “Scheana and I actually have hooked up,” Brett dished in a confessional. “A few nights ago, we were out at a bar in Santa Monica, I was with a buddy. She, of course, invited us back to her house to play Scattergories. The next thing I know, we just kissed. That wasn’t what I thought it would be. Nothing against her.”

VPR producers, doing God’s work, continued their questioning asking flat out if Brett was implying Scheana is not a good kisser. His response? “That is what I’m saying.” BURN.

The burn didn’t end there for Scheana, as Brett isn’t the only new cast member that Scheana has history with. It was also revealed (yes, in a seven minute clip) that the divorcee also confessed to have gotten ‘ghosted’ by TomTom’s general manager Max Boyens.

Scheana gifted an Apple watch to Max, as a symbol of her affection for him. According to Scheana, “He couldn’t even use it to text me.” Scheana, truly, is an American treasure.

In case you need something to hold you over til the 2020 premiere of Bravo‘s hit show, check out the On This Day Entertainment podcast episode I recorded after I chatted with many of the cast members at the opening party of Las Vegas’ Vanderpump Cocktail Garden. Click here to listen for yourself.

Are you as excited for the January 7th premiere of VPR and I am? Drop names of the cast members you’re most excited for in the comments!