This season was a doozy! 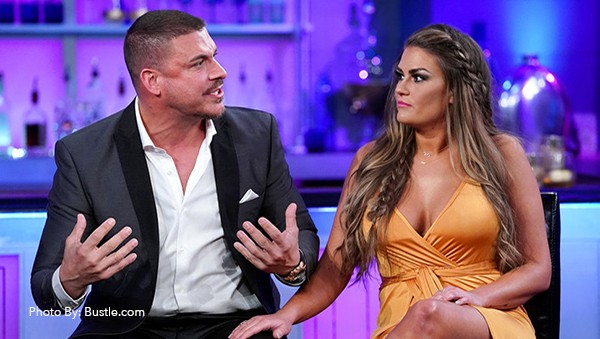 Ever since fighting about yesteryear became a national pastime, reunion shows have become a necessity. Thank God for that. Sadly, however, we have reached the end of our favorite past fights. Yes, this week was part three of the reunion and it didn’t disappoint.

Let’s begin with the reason for just about everyone’s problems: Jax Taylor. The first question for Jax is, after hating him for so long, how did he and James Kennedy become the best of friends? It happened after the last reunion where we first decided maybe James wasn’t too bad after all – particularly when he made fun of Stassi Schroeder and her return. While James enjoyed hanging out with Jax for the summer, Lala Kent was skeptical, primarily because she was worried that Jax would eventually screw him over – an action that came to fruition when they were all in Mexico and Jax made up the Kristen Doute rumor; a rumor that Jax admits too. Lala doesn’t understand how he can be friends with someone after hating them for so many seasons, even though she did the exact same thing with everyone else who didn’t like her.

We’re not done yet. Later in the show, the rumor is brought up again. Kristen is understandably upset because, as we all saw, the words that Jax and Tom Sandoval claim came out of James’ mouth, did not. Jax then goes on to say he didn’t actually say that James and Kristen did anything after he literally admitted it mere minutes before, and Sandoval says that not even he could remember the words he used until they were written on the screen. However, they both maintain that they think something happened and now we’re probably going to need a reunion for this reunion. The moral of the story is: don’t get drunk on Vanderpump Rules.

Enough about this rumor. Let’s talk about something else we all felt was pretend: the job in Tampa. Jax says it was a marketing/social media job he was offered, even though he has no marketing background or experience in doing anything but bartending and ruining peoples lives. First, he has to make it a point to prove that he wasn’t lying, with the only burden of proof being Brittany Cartwright overhearing a conversation he had with the employer. Then, he’s questioned about his readiness to leave, explaining there was nothing holding him back. He says he genuinely thought that Brittany was ready to go with him after everything that happened but in all honesty, he never really listened to her. After the uproar he caused with this “job offer”, he ends up not taking it saying he didn’t want to leave his friends. And that’s how adult decisions are made.

This may as well have been called “The Reunion Part 3: Let’s Let Jax Have It” because he  once again gets questioned about the breakup. The girls go at him, especially after he had sex with Brittany AND THEN broke up with her. Brittany says she was blindsided , Jax says he’d thought about it for two days before doing it. Jax thought he was doing the right thing, because who wouldn’t think the right thing would be to embarrass your girlfriend in front of the whole world, followed by further humiliation if the form of a breakup. While things are great now, we (and by “we” I mean the entire world) can’t understand why she stayed with him. Well, ladies and gentlemen, Brittany has a heart that I’ve only seen in Disney movies. She tried staying away from him and could not, even after his meltdown at SUR. Jax has apologized to everyone but Lisa Vanderpump for his tantrum, yet wants her to know he’ll work some shifts if she needs him. Fortunately, Lisa is not that desperate and neither are we. Bye, Jax.

Enough about Jax, let’s talk about James and Lala. This was their bipolar season – she and James were either BFFs or fighting over James’ name-calling. For reasons that are clear to us but not to him, James does not like Lala’s “man”. Then the question containing the phrase we were hoping we’d never have to hear again gets asked: was it really about the pasta? If by pasta you mean was it really about James getting drunk and being an idiot then the answer is yes. James’ hate words that he used to describe Lala’s boyfriend are brought up which upsets Lala, prompting her to walk off stage. James calls her dramatic, Kristen and Katie Maloney-Schwartz head off stage to find her and console her.  The remaining cast mates pretty much tell James that the reason he was acting like that was because he secretly liked her, which he denies. Lisa gets after James for not being the one to find her and apologize, with Sandoval joining in, making him get up and go find her. Lisa finds her first and they head back to the stage. Lala is hurt because she and James were best friends and she was hoping those scenes wouldn’t air because it would change their friendship, which it did. They are no longer the friends they used to be. James sincerely apologizes and Lala forgives him.

Who hasn’t been forgiven as easily is Stassi. Andy Cohen asks about her job as an event planner and the majority of the cast feels that she should’ve had to work as a waitress again before getting a position of power. Lisa explains that SUR needed the position filled and Stassi wanted to do it so Lisa gave her the chance and she just happened to be good at it. Lala concurs, saying Stassi was a great event planner and made her job much easier. Stassi just wants to be a “boss ass b**ch” and be like Lisa. Well said, Stassi. That isn’t the only thing Stassi gets scrutinized about. Patrick is brought up again, as no one can believe she stayed with him after he was such a jerk. We particularly can’t believe she tolerated his attitude at the TomTom party, to which Stassi responds by informing us she was on Xanax and alcohol. So that explains it, I guess? Other than that Stassi got off pretty easy. We’ll be meeting her boyfriend next season; we’re rooting for you, Stassi! Don’t talk about murder to him!

Other things that happened: Lala is questioned about her bottle. She uses it to help with her anxiety. Tom Schwartz gets asked when we should expect to see him blackout and have a panic attack at TomTom. (Don’t tell us Schwartz, save it for the next season) Andy asks when he and Katie will have kids, Katie lets us know it’ll be “soonish”.

Kristen is happy having a boyfriend and two dogs because I think she forgot that she wore a fake engagement ring and was trying to get Carter to propose last season. Well, we didn’t forget. And also Bravo shows reruns.

As for James, he’s still with Raquel and will C.U.N.T.

And finally, the reason Scheana Marie didn’t have a big speaking role in this year’s reunion: she didn’t watch all of the episodes and, the ones that she did watch, she fast forwarded through everyone else’s stories. She says she’s staying single and I think it’s because how could she possibly be with someone who isn’t Scheana?

Lisa ends the reunion by making the comment that being on a reality show is like looking in a mirror, and some of the cast members may not have liked what they saw. Scheana raises her hand, but nobody loves Scheana like Scheana so I just don’t believe her.

The next season will probably start in August and I’m curious: do you think Jax and Brittany will still be together? What about Raquel and James? Will somebody have a baby next season? Or does that go against the alcohol clause? Comment below!

Be the first to leave Comments for Vanderpump Rules Recap: The Reunion Part 3