Here's the latest in the possible feud between Stassi Schroeder and Kristen Doute. 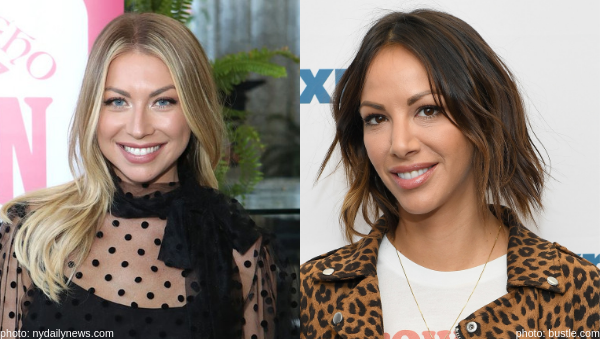 It’s no secret Vanderpump Rules stars Stassi Schroeder and Kristen Doute have had a relationship full of highs and lows. Never forget the slap heard ’round the world… 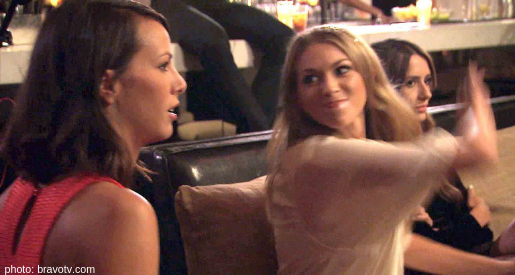 After Stassi’s engagement to Beau Clark, there has been a great deal of speculation regarding her on-again/off-again friendship with the former SURver.

Is this where Kristen has been?

Rumors of trouble in friendship paradise began after Kristen missed a cast trip to Las Vegas in July to celebrate Katie Maloney and Tom Schwartz officially tying the knot. The next big event that Kristen was absent for was Stassi and Beau’s engagement get together.

Keep in mind, attendees to the engagement party held at Lisa Vanderpump‘s Villa Rosa estate included newlyweds Jax Taylor and Brittany Cartwright, Katie and Schwartzie, Scheana Shay, as well as Lala Kent and her fiance, Randall ‘Money By Monday‘ Emmett. Literally all of the main cast was in attendance except for Kristen.

Could Kristen’s absence at Stassi’s engagement party be because of her long-standing feud with LVP? Maybe. Any Real Housewives of Beverly Hills fan knows Lisa doesn’t forgive and forget easily. In fact, an insider told Page Six at the time that “there isn’t any drama about her being excluding from anything.”

The situation became sticky again when Stassi’s mom, Dayna Schroeder, got involved via Instagram after a fan questioned Kristen’s whereabouts. The soon-to-be mother-in-law to Beau wrote, “But I didn’t really know all the particulars, so I was out of the loop for awhile. Don’t you worry, it’s like Lion King and the circle of life. ….each one of these girls will grow, change and come back to their original strong friendship bond that they’ve always had. Somethings just take time [sic].”

An insider told Page Six that Stassi and Kristen’s friendship troubles have been captured for the upcoming season of VPR that is currently filming.

Do you think Stassi and Kristen have a healthy friendship? Drop your opinion off in the comments!

Be the first to leave Comments for Vanderpump Rules Friendship Update