Home > Buzz The Trailer For RHOC Season 13 is Here!

The Trailer For RHOC Season 13 is Here! 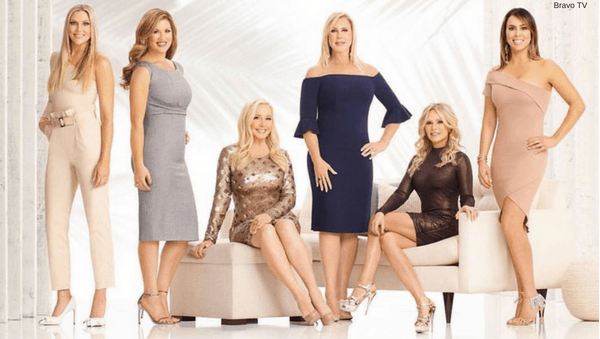 T.G.I.S. (Thank God It’s Summer) because the original Bravo Housewives are back! The trailer for season 13 of the Real Housewives of Orange Country was released today and we are salivating over all of this drama.

Vicki Gunvalson, Shannon Beador, Tamra Judge, and Kelly Dodd, will be returning for a new season of slights and screaming, and this season things look like they get really heated between Shannon and Tamra. As the trailer says, “In the OC, the line between love and hate, between loyalty and betrayal completely disappears.” We’re intrigued!

Tensions rise as we head back to the OC as the ladies enter their 13th Season. Don’t miss the premiere – July 16 9/8c On Bravo! #RHOC

The returning ladies will be met with two new castmembers, Emily Simpson and Gina Kirschenheiter, who, according to People Magazine, will be introduced to the group through Tamra.

According to People, Simpson is a 42-year-old mother of five, who works as both an attorney and a part-time party planner.

“A lot of women don’t have to work, but when I throw the attorney thing in there, I’m like ‘No, girl. I’m not your typical Housewife,” she tells us in the trailer. Okay, but now tell us how in the world you have time to party plan?!

Kirschenheiter, will be the youngest of the group. At 34, the Long Island transplant is sure to be the fish out of water who needs to learn the ropes of ritzy Orange County.

Speaking of her strong New York accent, Kirschenheiter says, “I am Orange County until I open my mouth and it’s like, ‘Here I am, world!’ ”

While we’re more than ready to revisit our OG favorites, we’re sure that these two new ladies will their fair share of cringy screen time.

Let us know if you’ll be watching the season premiere on July 16th!

Be the first to leave Comments for The Trailer For RHOC Season 13 is Here!