With summer in full swing, there's no better time to take in the urban sprawl at LA's poshest perches! 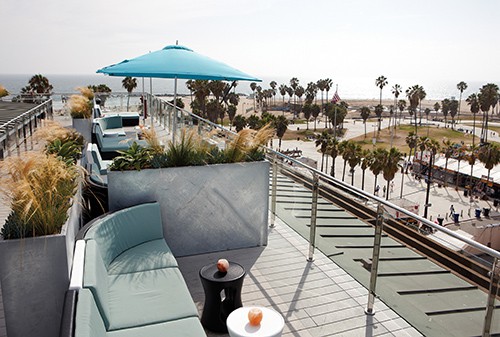 Lifted just out of reach of the Venice Beach endearingly grungy ocean front walk, Hotel Erwin’s “High” rooftop lounge offers one of the coziest spots to watch an ocean sunset. 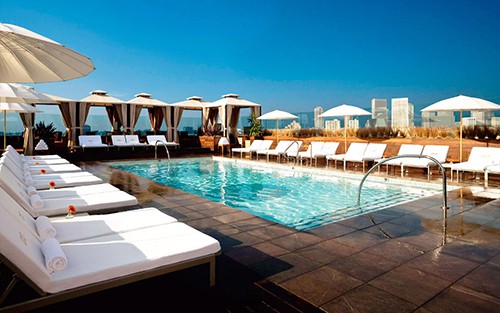 The chic and exclusive Thompson Hotel’s rooftop retreat is known for having some of the best cabanas and table service in town. The sophisticated atmosphere attracts the rich, the beautiful, and those looking for breathtaking views of the city. 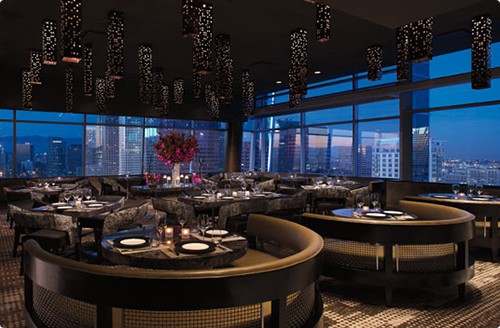 Located at the top of downtown Los Angeles’ iconic Ritz Carlton high rise hotel, Wolfgang Puck’s asian-fusion restaurant is at the top of the list in the most literal sense. It’s at least doubly as tall as any other viewpoint in the city, making it a great way to grasp just how big the city reaches.

A little bit quieter and a tad tamer, the London Hotel’s subdued rooftop is a peaceful place to admire the hills above Sunset Blvd during the day but just lively enough in the later hours to entertain your inner night owl. 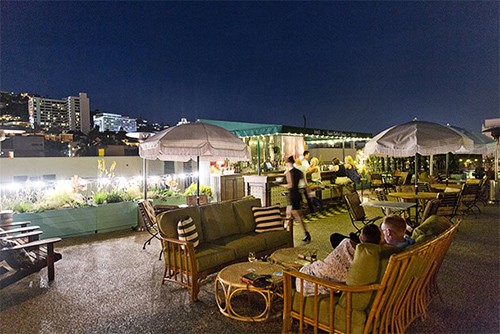 Perched right in the heart of West Hollywood, you’ll find everyone from power gays to pop princesses partying at Palihouse’s sophisticated yet fun rooftop. 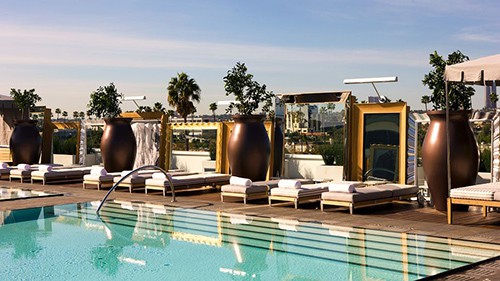 The SLS Hotel’s sultry poolside lounge feels like it’s always on the verge of a party. It’s the kind of place you show up in your best but by the end of the night won’t mind (or probably remember) getting wet and wild.

One of LA’s newer hotspots, the rooftop at the W Hollywood is known for bottle-popping, booty-shaking fun! Day or night, it’s Hollywood’s best place to take in sweeping views of the city.

Hot West Hollywood types flock to Andaz’s luxurious rooftop pool all year round. It also  happen to be the highest rooftop swimming pool in Los Angeles with views down to Sunset Strip, the Hollywood hills and on a clear day, the ocean. 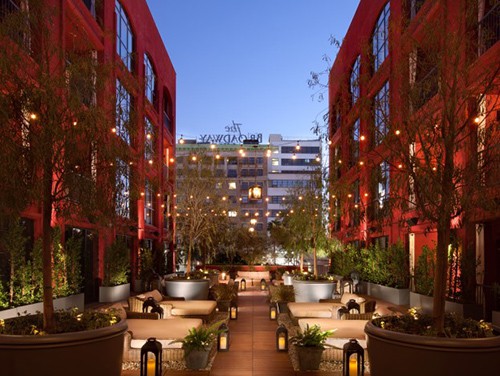 Located in the heart of Hollywood, The Redbury Hotel offers a terrific and chic boutique hotel experience. The hotel, brought to you by the SBE Group, offers its own rooftop bar complete with hanging Edison lights with a large seating area outside. Grab a pool stick and play a game of pool or grab a drink at the Library bar indoors.

Ok, so maybe it’s not technically in Los Angeles… but this Orange County rooftop gem delivers with one of the best views of California’s coastline. Not to mention… the best mojitos in all of the OC!