The Real Moms of Housewives

They're not regular moms, they're slightly overbearing and hilarious moms 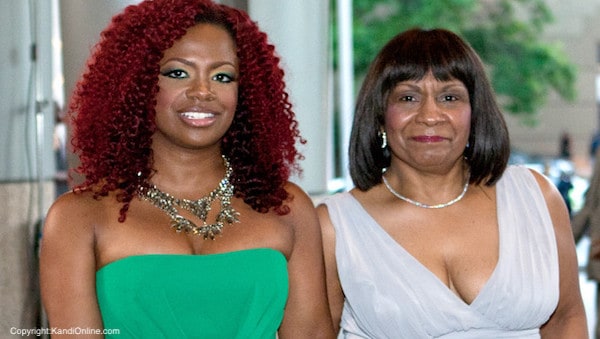 While the franchise is called Real Housewives, sometimes it’s the families that steal the show, particularly the moms. I’m a strong advocate for a spinoff featuring all of the moms of the housewives. I mean, imagine Mama Dee meeting Mama Joyce… As we all anxiously await a response from Bravo regarding this great idea, check out this list of some of the most fierce, opinionated moms on Bravo!

Tinsley Mortimer’s mom is a fairly new edition to the world of on screen Bravo moms, but I can’t get enough of her. I  really feel like I understood Tinsley so much better after meeting her mom. I mean, they both make it seem like sitting in a bridal shop sans engagement ring and crying while face-timing “cute” frozen eggs is just a typical Tuesday afternoon. Like mother, like daughter I suppose. Of course, the two don’t always agree, and often Dale’s actions leave us all a little confused. I mean, the woman bought shoes from her ex son in law’s new wife…bold.

Kandi Burruss‘ mom, Mama Joyce, is pretty much the OG of opinionated Bravo moms. I doubt anyone has ever asked her “penny for your thoughts?” She’d probably just cut them off after “penny for-” to give her thoughts on how stupid that phrase is. She has zero filter and will always tell you what she’s thinking, whether it’s that she thinks your fiancé is a gold digger or your former friend is up to no good. And if you ever need back up in a brawl? Mama Joyce is who you’d call.

D’Andra Simmons’ mom is a no nonsense business owner with some of the best Southern analogies you’ve never heard of. Sometimes you just need a drink after a business conversation with her (but don’t let LeeAnne Locken see, or she’ll spread even more rumors about your alleged “alcoholism”). At the end of the day, Dee is one bada*s mother who shows everyone the best tough love.

Mama Elsa was just as involved in the drama as the ladies of Real Housewives of Miami were themselves. While she’s no longer on air, her opinions and expressions (or lack thereof) will forever live on in our hearts (please note that I’m actively choosing not to make a very obvious Frozen reference here, but it’s difficult).