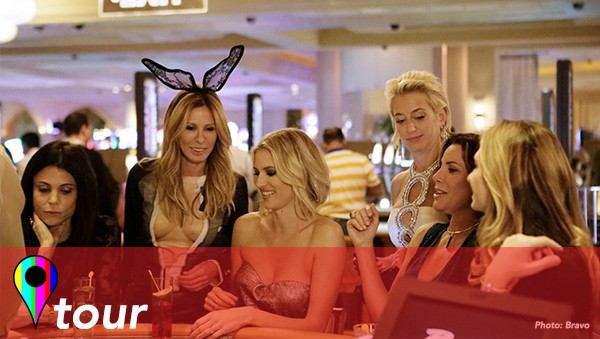 But don’t let Dorinda’s description sway your opinion of AC as it’s not all bad. And it’s definitely not all bad shoes, trust me.

With that said let’s breakdown the hottest spots in AC that have the Real Housewives seal of approval!

THE WATER CLUB AT BORGATA

The Water Club at Borgata – introduces a new brand of hospitality to Atlantic City. The Water Club offers a unique personality all its own, while just steps away from the entertainment, nightlife, and dining of Borgata Hotel Casino and Spa. 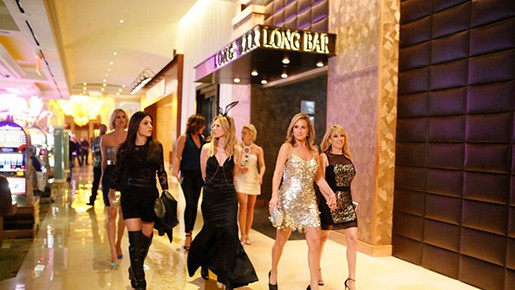 As seen on RHONJ S1/E5 & RHONY S7/E6: For Ramona’s birthday, the ladies leave the Big Apple for a weekend gambling getaway in Atlantic City.  “Welcome to Atlantic tittie! The land of big boobs, bad shoes and short dresses!” -Dorinda

IZAKAYA AT THE BORGATA

A modern Japanese pub that defies comparison.  Everything from steaks and seafood, to extraordinary sushi, sake, and robatayaki, all served in a sensual and energetic, atmosphere. Izakaya’s tempting cocktails and sharable plates make it the premier spot for small bites and drinks, to a delicious chef’s tasting menu for the full experience! 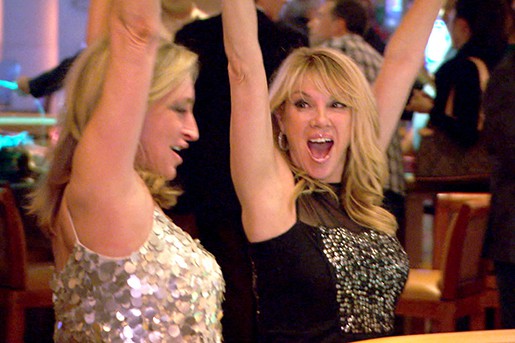 As seen on RHONJ S1/E5 & RHONY S7/E6: Sonja gets so sloshed at Ramona’s birthday dinner in Atlantic City that the other ladies just can’t take it anymore. “You need to take a break or a Xanax.” -Bethenny  “If I knew she was gonna flash her snatch I would have switched out the vodka for the club soda.” -LuAnn

Escape to Atlantic City’s all-new nightlife experience. Premier Nightclub provides a sophisticated nightlife experience like no other. Uniquely designed by Josh Held, Premier creates a captivating theatrical atmosphere guaranteed to exceed your expectations. Premier has transformed AC’s nightlife into an elaborate and exhilarating experience designed just for you. From unmatched service to alluring design and top name DJs, creating Premier Moments start from the time you step through the doors. 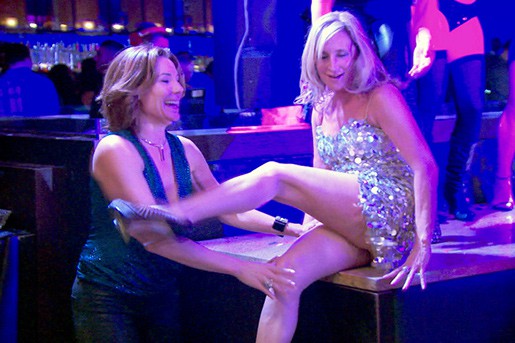 As seen on RHONY S7/E6: The ladies celebrate Ramona’s birthday and dance the night away. However, Sonja gets a little too crazy and drunkenly tried to kiss Luann, who somehow wound up on “snatch guard” making sure Sonja didn’t flash the crowd in her short dress.

We've got you covered! Really, we've got you totally covered. Rain, hail or snow is no match for this indoor tropical oasis of ours 😉 @harrahspoolac #MyHarrahs

The hotel offers a sophisticated marina setting & an infinite roster of world-class resort amenities. Step into the indoor tropical oasis at The Pool at Harrah’s Resort Atlantic City! It’s 82 degrees and the water is warm 365 days a year.  If the pool isn’t your thing head to the Elizabeth Arden Red Door Spa and Salon. Amid the glittering lights of Atlantic City, the spa retreat offers an escape from all of the action on the casino floor. The customizable menu boasts services across multiple categories including massage therapy, facials, manicures, pedicures. Enjoy a wet zone, steam room, sauna and jacuzzi pool by a cozy fireplace.

From our Harrah’s family to yours, have a magical and blissful Christmas! May the holiday fill your home with joy, heart with love and life with laughter 🎁🌟

THE POOL AFTER DARK

After undergoing a multi-million dollar renovation in early 2017, the party in this newly upgraded Atlantic City nightclub is now bigger and better than ever. Pulling in A-list celebrity hosts, DJs and performers straight off the Billboard Hot 100 charts like French Montana, 3LAU, Fat Joe, Paris Hilton, 50 Cent, DJ Pauly D and countless others, The Pool After Dark provides a nightlife experience of epic proportions every Wednesday, Friday and Saturday night.

Because Jersey knows how to party 🍾🎉 @melissagorga in the house last night! #EpicSaturdays #RHONJ #PoolAfterDark

Atlantic City Nightclub With DJ’s, Dancing, Burlesque Dancers and a Casino Bar. By popular demand, Kane has expanded his nightlife program at Royal Jelly Nightclub to include Burlesque Lessons on Saturday afternoons, taught by Kane’s World-Famous Burlesque dancers. Instruction is available for private or group lessons. Great for bachelorette, birthday and VIP celebrations. 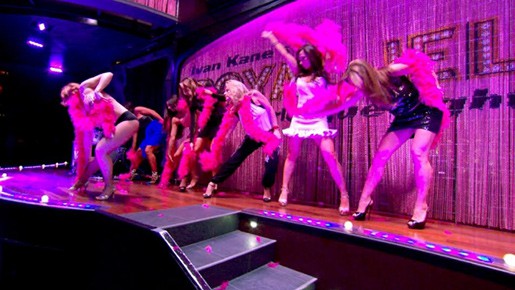 As seen on RHONJ S6/E16: During Part 1 of the RHONJ Secrets Reveals the ladies head to AC for a weekend away. While there they take Burlesque Lessons and unleash their inner sexiness.

one Comment for The Real Housewives Guide to Atlantic City!