What do you think of the teaser? 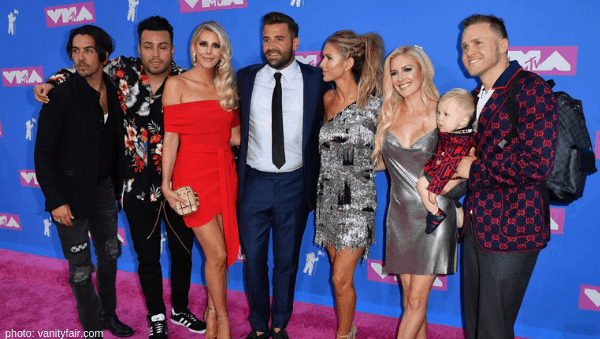 Feel the rain on your skin!

MTV has teased us with a preview of ‘The Hills: New Beginnings‘ and it left me feeling unfulfilled, except for the last scene of Audrina Patridge and ‘Justin Bobby’ Brescia. Check it out for yourself!

I feel like it was more of a look back on the original series rather than a look ahead of what’s to come. It was nice to see some of my favs from The Hills joining the reboot: Brody Jenner, Whitney Port, and Frankie Delgado. I was equally unhappy to see the faces of Speidi, Spencer Pratt and Heidi Montag Pratt back on my tv screen. The rest, I truly don’t care about.

With that said, Stassi Schroeder from Vanderpump Rules was a guest on the new parent’s podcast, Make Speidi Famous Again. Even the name of their podcast sounds thirsty. Anyway, Spencer told my Khaleesi that he envied her for having cast mates who wanted to make good tv, including that others don’t want to make The Hills: New Beginnings a hit. Click here to listen to the podcast for yourself.

We are finally offered a glimpse of the newbies Mischa Barton, Brandon Thomas Lee (who is Pamela Anderson and Tommy Lee‘s son), and Kaitlynn Carter, Brody’s wife. May I add, time has been very kind to Brody.

I miss Lauren Conrad and Kristin Cavallari so much after this preview! Maybe us fans will at least get a cameo from the series OGs. A girl can hope, but ‘the rest is still unwritten!’

Are you excited for the reboot based on the preview? Spill your tea in the comment section!

Be the first to leave Comments for The Hills: New Beginnings Preview Is Here