Home > Buzz The Bachelorette Recap: Jordan is a Gift

The Bachelorette Recap: Jordan is a Gift

We don't deserve him. 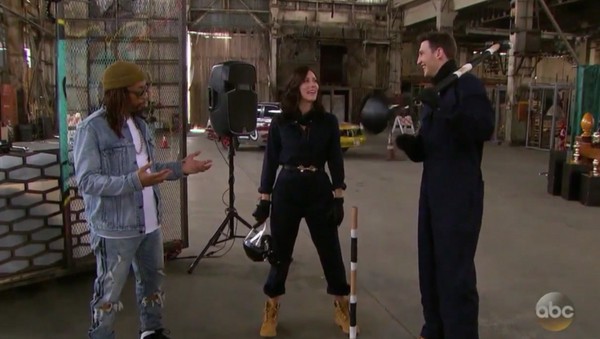 I may not be Reality, Steve, but if there is anything I know for sure from watching these first two episode of The Bachelorette it’s that Becca is going to choose a white guy with brown hair.  While we see many special one-on-one moments with this season’s Bachelorette and a select few of the contestants, there really are only three people that she has shown to have any chemistry with, which are Blake, Garret, and the girl has it bad for Colton. (though really, who could blame her?)

(Me whenever Colton comes on the screen)

The episode starts with the guys checking out the mansion and Becca once again reminding us that she was jilted by Arie. Whew boy, I really hope that this woman’s whole season is not defined by the fact that she got dumped (cough cough). Anyway, the guys receive a letter telling them who is going to participate in the first group date, and they are Lincoln, Chicken David, Clay, Jean Blanc, Jordan, Nick, Chris R., and Connor.

The first date is an obstacle course (of course it is), where the guys have to sport tuxedoes and battle through to get Becca’s hand in marriage at the end of it.

What I always seem to forget every season is that if this show was made 15 years earlier than all of these people would have been trying out to get on the Real World/Road Rules challenge, because literally these physical challenge group dates make zero sense for the goal of finding love. Luckily, Rachel and Bryan are there to explain the rules of the game and act as judges and Rachel is in fine form now that she isn’t in the hot seat. Was she this funny before?! The guys are told that at one point in the obstacle course, they must use their mouths to retrieve an oversized ring from inside a cake and Rachel tells them that it doesn’t matter how good they are with their hands, all that matters is “what that mouth do” (!!!). So much innuendo for network television! This is truly very funny and reminds me that we did not deserve Rachel as The Bachelorette.

Anyway, Lincoln 100% cheats and wins a one-on-one with Becca. The other guys seem salty, but on his date Lincoln comes off as sweet. His accent is in full force and as I was JUST about to say that Lincoln is a top runner for me, he makes a sharp left run into crazytown. Becca presents him with a little gift, a framed photo of the two of them (he in his tux, her in a fake wedding dress) at the end of the obstacle course and he seems a little too excited. He does manage to get a kiss from Becca , but honestly there isn’t much of a spark between the two. Then he goes back with the other guys who are a little salty that Lincoln a) cheated b) got a one-on-one and c) is now bragging about his conquests and showing off his framed photo with “his Princess Becca” (yarf). Lincoln, who is not even being a real person at this point, then holds the photo up to his face and begins to kiss the picture of himself and Becca. What is going on here? Is this man a professional actor? Is his accent FAKE?!

Connor, who has been quietly seething with how unfair it is that Lincoln has gotten much more alone time with Becca, after Lincoln cheated his way to the top, cannot take anymore of his shenanigans.  He takes the photo of Lincoln and Becca and throws it in the pool, which of course, causes a whole thing between the two men. Lincoln runs off and tattles to Becca and I got a horrible flashback of being a camp counselor.

Becca asks Connor what happened and he gives her a lame answer about how it “just happened.” Connor, you aren’t the Bruce Banner. You don’t just turn into The Hulk willy-nilly. Becca, chop this guy.

The next day, Becca goes on a very fun one-on-one date with Blake, who is 1000% an actor. I’m sorry he just is. The two get to go to an abandoned warehouse and smash a bunch of junk that reminds Becca of Arie (guh) which includes, the couch that he broke up with her on and a bunch of TVs that are playing footage of their proposal on a loop. Becca cinches her jumpsuit with a belt, which I guess makes the look fashionable? But wait, wait. I didn’t get to the best part yet. LIL JON IS THERE. Lil Jon busts out from behind a pile of garbage and tells Becca that once she smashes away all of these bad memories of her last relationship, she’ll finally be able to start fresh. I’m hoping that means that production will stop bringing up Arie every 4 seconds.

The two finally get to smashin’ with Lil Jon singing (rapping?) “Turn Down For What” in the background, which while yes it is an appropriate song, is not the only LJ song I wanna hear. I’m talkin’ “Snap Yo Fingers,” “Salt Shaker,” or even “Get Low” for pete’s sake! Get it together, me! This isn’t a Lil Jon concert.

Blake, as I’ve said before, is a very good soap opera/CW actor in the making. He tells Becca a very strange story about his girlfriend breaking up with him, which I’m sure was originally a monologue for his acting class. The story starts like this, ““It was a Tuesday morning, she was actually in the bathroom…..” Okay, enough of this. Becca is into Blake and the two end up making out against a wall (sexy!).

The final date of the episode is another group date. Of course, this couldn’t just be a normal task like bowling or a nice group dinner, the guys are forced to play a game of dodgeball. I really appreciate the costume designer who decided that the colors of the two teams would be from the Lily Pulitzer collection (spring green and hot pink), and I, for one, did not miss that detail.

Though I’m pretty sure that all of these men knew how to play dodgeball already, they for some reason must be trained to play the game by three kids. But what that really means is that these three children got to chuck dodgeballs at grown men at 70 mph using a dodgeball throwing machine ( who knew?) and yelling “TRASH!” at them. I loved this part.

The guys finally get to play their game and it does not make for good TV. The only part that is worth writing about is that Leo’s got them thighs.

Me when I see Leo’s thighs.

Wawa wee wow, get this man into the movies! Oh wait…. (I’m not shading him, I could care less about how people make their money).

Finally, for the last drama of the night, Colton —

decides that he has been keeping a secret from Becca that he just can’t hide anymore. Is it that he’s a virgin? Is he trying to promote his business? Does he have a secret girlfriend? Spill it, dude!

Colton tells Becca that he used to date former Bach contestant Tia, who is also Becca’s good friend. He tells her that it meant nothing and that it was’t serious, but my feeling is that this guy is a user. First he dates Aly Reisman, then Tia, and now Becca? This guy is not here for the right reasons!

Becca is torn because while she hates the idea of dating her friend’s ex, she really and truly wants to have sex with Colton.

Becca decides to put a pin it her decision for right now and then we are off to the cocktail party, which is where we get to the hero of our story: Jordan.

Jordan has not missed an opportunity to mention that he is a model one time since he started the season, but tonight he takes it up a notch. Jordan decides to give Becca a little preview of what he’s working with (ummm) and strips down to his underwear to snake Becca away from another guy whom she was talking to.

“Don’t think I’m like 007 all the time,” he tells her. He tells us in his interview that his face is his “professionality” and is proud that he is displaying “ingenuinit-itity” with his plan to strut around naked in front of Becca. He and Chicken David get into a fight because Chicken David thinks that Jordan is a clown (he is!) and from the trailers for next week I can tell this is one stupid fight that neither guy will let go.

I love Jordan and will watch the crap out of him when he goes on Paradise.

This week Becca really started to weed away the guys who are not going to make it, including Alex, who I’ve truly never seen before this Rose Ceremony. Alex cries outside of the mansion about getting cut, which is the most screen time he’s ever had.  In the end, Becca decides to keep Colton (yeah, she does!) as well as, Nick, Leo, David, Connor (surprise!), Chris R., Venmo John, Jason, Garrett, Lincoln, Clay, Ryan, Christon, and Mike.

It seems like next week we will find out who is the contestant who gets so badly hurt that they have to go to the hospital and Colton has to face Tia in a group meet-up.

Should Becca have kept Connor and Colton? Let us know in the comments!

Be the first to leave Comments for The Bachelorette Recap: Jordan is a Gift