The RHONJ star plans to make it official if her husband, Joe Giudice, is deported to Italy. 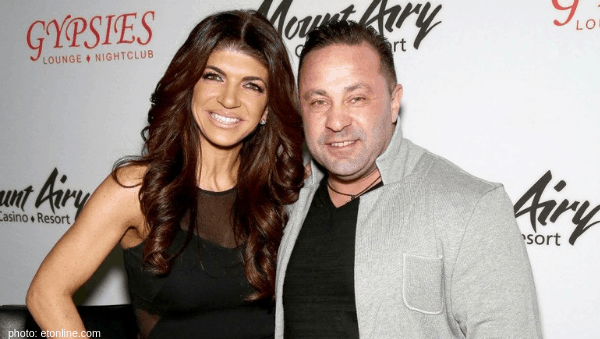 Real Housewives of New Jersey star, Teresa Giudice, is already making preparations behind the scenes for a custody agreement, according to an exclusive report from RadarOnline.com. YES, before she’s even filed for divorce from her likely soon-to-be deported husband, Joe Giudice.

Joe Giudice’s appeal to fight the deportation order was denied, and while he still has another appeal pending, Teresa Giudice “has been mentally preparing to leave him.” https://t.co/sTAqHCDs8K

A Radar Online source dished, “Teresa is working with family members to arrange a proper visitation schedule for the future between Joe and the girls.” The source also noted, “Teresa’s telling friends she has a heavy work schedule and the girls have a heavy school and social life.”

“Joe’s family feels like Teresa should have taken the girls and cried in front of the judge,” a source shared with CelebrityInsider.org. “They think that she could have had some influence over the decision.”

I’m going to go out on a limb here and say that Teresa’s rumored relationship with the super young and super hot, Blake Schreck, didn’t go over well with Joe’s family. “With the reality star refusing to support her husband, his family has been left heartbroken,” reported the Celebrity Insider.

“It will be tough, so don’t expect to her to be flying off to see him,” as per Radar Online’s source. To see the full RadarOnline.com article, click here.

Do you think Teresa should move on from Joe if he gets deported? Sound off in the comments!