Teresa throws party for her father and brother, but does nothing for her husband. 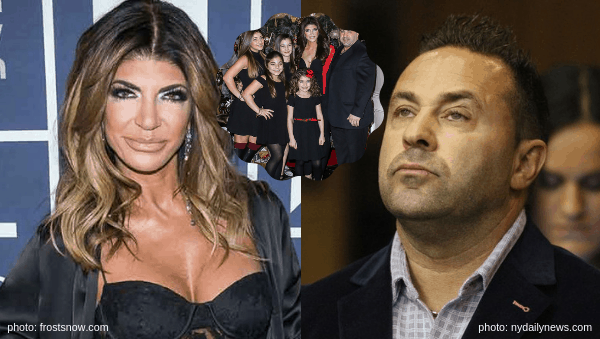 Real Housewives of New Jersey star Teresa Giudice dissed husband, Joe Giudice, on Father’s Day. The RHONJ star throws party for her father and brother, but does nothing for her incarcerated husband.

The Father’s Day celebration began on Instagram, when Teresa showed love to her father, Giacinto Gorga.

Happy Father’s Day to my father, you are incredible helping me every single day, bringing the girls to activities, cooking for us & being a constant source of love and support for us all. We love you today and every day daddy!! 😘😘 #happyfathersday

It was a lovely sentiment, followed by another post that included herself, alongside her dad and brother, Joe Gorga.

Looks like Teresa had a fun Father’s Day filled with love and family, except for one very important father – the father of her own children, Jailbird Joe. Joe is out of prison, yet is still being held in ICE custody while he is fighting deportation back to Italy.

Although Teresa has not been seen out with her boy-toy, Blake Schreck, lately, that doesn’t necessarily mean he is not still in the Jersey housewife’s life. They seemed quite smitten with one another, though she denied anything extramarital was happening between her and the much younger hunk. Click here for a refresher.

Do you think there is anything to Teresa not acknowledging the father of her children on Father’s Day? Sound off in the comments!