Former Teen Mom 2 Star Claims Her Kids Are Not Safe

The kids are in her mother's care, but the ex-MTV star thinks her brother may be a risk. 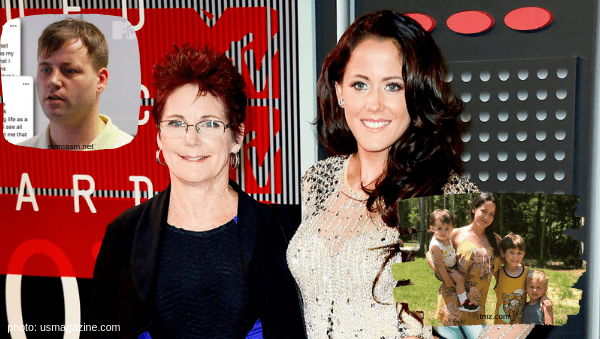 Former Teen Mom 2 star Jenelle Evans‘ life changed after her husband, David Eason, shot and killed their family dog, Nugget. Not only did Jenelle lose the love that her four-legged furry friend gave her, but the court declared her children unsafe in a house with her husband. This resulted in her kids being forced to live elsewhere, as long as Jenelle stays with David.

According to reports from TMZ, “Jenelle Evans believes her kids are at great risk while under the care of her mother, Barbara, and it’s all because of Evans’ erratic brother, Colin, who has a lengthy history with the cops.”

TMZ got their hot hands on reports that show Colin Evans had at least 8 police interactions since February. “Colin has called to report stalkers at his home, possible break-ins, trespassers and made claims someone was putting chemicals in his water. He has even listed David as a possible suspect in the reports … though no evidence seemed to support David’s involvement.”Police have also responded to Barbara Evans‘ home (Jenelle’s mom) multiple times over the last few months. One of those was a “disturbance call where a family member had thrown items in the home and issued threats,” according to TMZ.

David, the dog murderer, will be giving his testimony soon, so stay tuned!

What do you think would be best for Jenelle’s kids? Sound off in the comments!