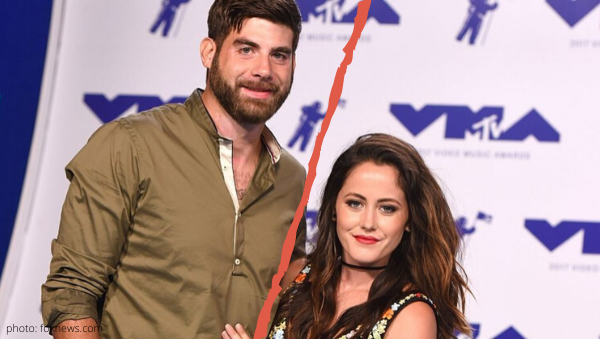 Terminated Teen Mom star, Jenelle Evans, filed for divorce from husband/dog murderer, David Eason. “Nobody gets into a marriage expecting it to end but I know that’s what is best for me, and for my kids. Today I’ve filed papers to start that process.”

Though the Teen Mom doesn’t explicitly say what caused her to end the marriage, sources told TMZ, “Jenelle believes she will not have a career in any field if she stays with David. She says she’s looking out for her kids, knowing that she must provide for them.” The gossip-news outlet reported that Jenelle has come to realize her marriage to David was anything but healthy. I would have to say that is the understatement of the century, as David killed his family’s French bulldog, Nugget, in cold blood.

Thanks for the visit from your @secretservice friends today @realdonaldtrump. I told them how much I like you except the fact you want to ban bump stocks and take guns away from people just because someone “red flagged” them. Then I told them to get the fuck out of my house and dont ever come pass my trespassing signs again. Like holy shit, I thought your people were all about border security. Well there is a border around my land that is protected from intruders by lethal force also, just like your house. Dont expect my gate to ever be open again. I hope and pray that nobody ever tries to trespass on my property as they will be met with fire and fury, the likes of which they have never seen before. #stayoffmyland #notrespassing #donttreadonme #posted #privateproperty

After Nugget’s murder, Children’s Services investigated Jenelle and David’s home. The kids were temporarily removed from their parents’ custody. Click here if you need a refresher. Eventually, the kids were allowed back to their parents’ home, causing an uproar from concerned fans.
MTV fired Jenelle in May of 2019. She’s had a hard time finding work “… in part because of her relationship with David,” according to TMZ. I’d like to say, for the record, maybe she’s having difficulty finding work because of a lack of marketable skills and a history of making terrible choices, but that’s just me.via GIPHY
The couple was married in September 2017 after dating for two years. Jenelle thanks her handful of fans, “I appreciate the support from everybody who has asked how I am. me and the kids are doing great. We need some time to be together. But you’ll hear from us again soon.” [sic]
If you can’t get enough reality tv, you should check out the On This Day Entertainment podcast. Click here for the latest reality tv news and nostalgic throwbacks.

Do you think that divorcing David will make Jenelle a more attractive candidate for employment? Drop your opinion off in the comments!