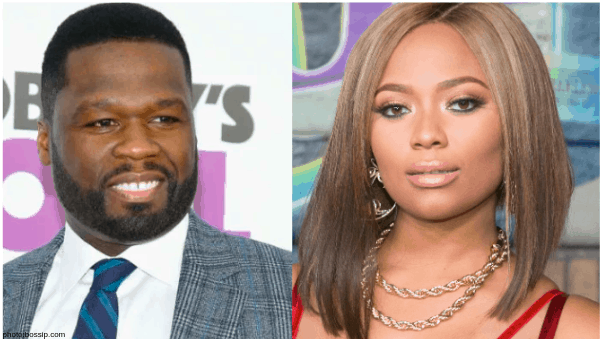 A judge signed off an order to have Teairra release her financial records to the rapper.  50 Cent is looking to seize her assets to get his money.

Hey @50cent…Was big boy sitting next to you a good bankruptcy lawyer or nah🤔?? What part of #IAINTGOTIT don’t you understand 🤷🏽‍♀️😂?? I Told Y’all He’s a 🐀…Love putting people in jail. And u called me a Bitch so you know what I promised you Curtissssss💅🏾😘

According to the court order, Teairra Mari is scheduled for a hearing on April 22.  If she doesn’t show up to court, she will be punished for contempt of court and possibly arrested.

If you can remember, Mari sued her ex-boyfriend Akbar Abdul-Ahad and 50 Cent.  Mari accused them of engaging in a plan to humiliate, intimidate and exploit a sex tape.

According to Teairra claims her ex logged into her Instagram and posted a graphic sexual video which 50 Cent later reposted with no remorse.

All claims were dismissed against the rapper by the judge who awarded 50 Cent’s attorney fees to be paid by the singer and reality star.

The judge dd not grant the rapper the full amount of $162,000 he was arguing for Teairra Marie to pay.

Currently, Teairra Marie and 50 Cent are going back and forth on social media.  And there may be no end in sight as Teairra vows that she doesn’t have the money.

🤦‍♂️Bitch if you don’t give me my motherfucking Money, 🤷🏽‍♂️what’s taking you so long? Oh 😳you ain’t got no money.🤔figure it out 🤨#bransoncognac #lecheminduroi #bellator

Has the petty game gone too far this time?  Let me know in the comments below.