How the Tables Have Turned on Love & Hip Hop New York 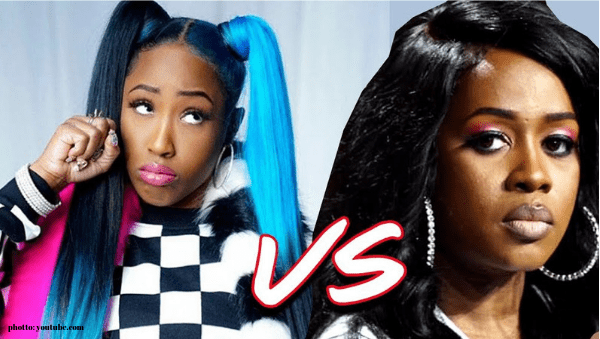 Sometimes karma is a dish best served cold when you are the least ready.

I am unashamed to tell you that I take sides.  I am not Switzerland when it comes to these shows. I am unabashedly Team Remy in this story.

Love & Hip Hop NY reality cast member, Brittney Taylor who accused Remy Ma of assaulting her back in April is now facing charges of her own.

Brittney was arrested early Friday morning for an alleged assault against another woman who also happens to be the sole witness in the original assault case, inside her own apartment.

Did you catch all that?

Witnesses report that Taylor was seen arguing in the early morning hours with Dina Khalil.  She then scratched her, and as Khalil attempted to leave her apartment building Taylor followed her into the lobby and proceeded to throw a cell phone at her face.

She was arrested at the scene and charged with assault and aggravated harassment, both misdemeanors.   After appearing in front of a judge, she was released without bail on the same day on her recognizance.

Remy Ma has been accused of assaulting Taylor with a straight hook to the eye at a concert.  Remy has maintained her innocence and has decided to take her case to trial.

“Obviously this arrest creates a major credibility issue for the prosecution and [Taylor’s lawyer in the case] Mr. Rubenstein to contend with,” Sanders said in a statement to the Post. “Either way, we intend to continue pressing forward to ensuring Remy is totally vindicated.”

Manhattan, New York— KARMA 👏🏾 DON'T 👏🏾 PLAY👏🏾👏🏾👏🏾👀😬 Love & Hip Hop star #BrittneyTaylor reportedly got in a heated brawl that covered two different floors of her Manhattan luxury apartment. According to TMZ, Taylor was arrested early Friday (June 14), after a fight began in her apartment. The celebrity news outlet says sources told them that Brittney and an unnamed woman were arguing before things got physical. Taylor allegedly scratched the woman, which left visible marks on her, and she fled to an elevator. That wouldn’t be the end of it though as Brittany reportedly hopped into another elevator and met the alleged victim in the lobby and another beatdown ensued. Taylor allegedly pulled out her cell phone and threw it at the woman, hitting her in the forehead. A little while later, NYPD showed up after Brittney fled to her apartment. She was reportedly arrested for assault and aggravated harassment, both of which are misdemeanors. She was released without bail. Sanford Rubenstein, Taylor’s attorney, says his client has a court date set for next month to face the charges. What do you think will happen to the charges #Remyma hot for allegedly hitting #BrittenyFTaylor❓🧐 •FOLLOW ME FOR MORE STORIES👣 •TAG A FRIEND 👥 •CLICK THE LINK IN BIO & SUBSCRIBE 🗣 #lashow #blackmedia #media #news #blackcommunity #follow #explore #blackandproud #theshaderoom #hollywoodunlocked #explore #newyork #fights #karma #djakademiks #worldstarhiphop #youtube #subscribe #vlog #linkinbio

Taylor’s attorney stands firm that this arrest does not change the facts of the initial case.

Brittney Taylor is due back in court some time in July to face the charges.

Now Remy, I need you to remain silent and just let Brittney continue to hang herself here.  You’ll be Golden, my dear.

Does Brittney Taylor’s recent arrest diminish her credibility in her case against Remy Ma?  Let me know in the comments below.