The ex-politician claims Andy got Kathryn Dennis to break a court order. 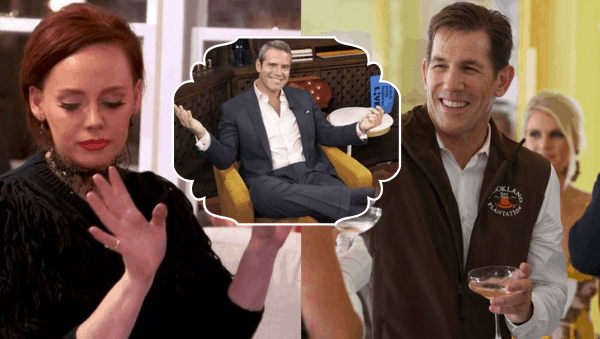 Former Southern Charm star, Thomas Ravenel, brings Andy Cohen into his legal fiasco. The disgraced ex-politician claims the Watch What Happens Live! host got his ex, Kathryn Dennis, to break a court order by disparaging him on both Southern Charm and WWHL.

Thomas told the court that a Southern Charm teaser “depicted their custody case – and Dennis’s efforts in ‘getting full custody of her children’ – as a prominent story line, featuring images of their children,” thus breaking a previous court order prohibiting both parents from speaking about their ongoing custody case involving – Kensie, 5, and Saint, 3, according to reports by The Daily Mail.

Thomas claimed his baby mama claimed Kathryn claimed he ‘won’t leave me alone,’ and that Andy fueled the fire by saying, ‘Everyone is rooting for you,’ to Kathryn on WWHL.

Insert the back and forth between Thomas and Kathryn. Kathryn denied saying anything about Thomas in an affidavit response to Thomas’ accusations. She claims to have avoided talking about him on her WWHL appearance.

Thomas accused Kathryn of being intoxicated on Bravo’s late-night show, which Kathryn denied saying the statement was “‘patently false’, and contended that his accusations were simply a deflection of her previous claims he abused alcohol,” according to reports from The Daily Mail.

Let’s take a detour back to three weeks ago when there was hope at having civility in this hot mess of a custody battle.

our little graduate! can’t believe she is going to be a kindergartner! 😭 #adulting

Do you think Thomas has a point here? Sound off in the comments!